Spotlight On Sugar And Its Myriad Substitutes 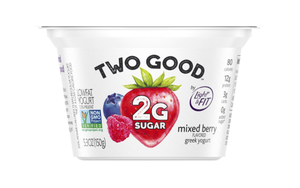 American consumers definitely have a sweet tooth when it comes to food and beverages. It’s just a question of what kinds of substances they prefer to ingest to satiate their tasteful desires.

In the ever-growing bowl of sweet choices are natural items stevia, monk fruit, the sweet-tasting protein thaumatin and allulose (found naturally in jackfruit and figs), as people try to reduce their intake of traditional sugar without embracing artificial sweeteners.

From a brand marketer standpoint, this basically means having to produce something suitably sweet for everyone — from candy and other snacks to soda and yogurt.

“Absolutely,” seconds Pedro Silveira, who in June became president of yogurt at Danone North America. In a nod to “flexitarians,” who might shift from meat to plant-based substitutes and back, he dubs today’s consumers “choose-atarians” who want what they want, when they want it.

“The way that we look at consumers today, it’s much more fragmented than it used to be,” Silveira adds.

Examining 11 sugary food categories, Nielsen data shows retail sales growth across the board for the 52 weeks ended Oct. 26 compared to the same period a year earlier. Increases range from a high of 9% for liquid coffee creamers to 1.7% for fruit drinks.

These trends have not been lost on Danone in recent years, as it readjusted its yogurt offerings in a balancing act to appeal to all taste options. The end result produced a trifecta: low-sugar, naturally sweetened with honey or maple syrup, and no sugar added, which lets people decide what to mix in to make it sweeter.

“It has been a very long and intense conversation for us to make sure that we can engineer the right products for consumers based on the trends we’re seeing today,” says Silveira.

Just as Danone has a patent-pending process for reducing the natural level of sugar in milk while retaining 12 grams of protein in its Two Good line, laboratories around the world are humming with sweet innovation.

One example is Chicago-based PureCircle, which has been granted 214 stevia-related patents and has applied for more than 300 more.

When it comes to people reducing their intake of traditional sugar, artificial sweeteners aren’t seen as a silver bullet, according to research from Innova Market Insights done earlier this year. Three out of five U.S. consumers surveyed indicated they’d rather cut back on sugar than consume artificial sweeteners.

Meanwhile, other findings from Innova suggests that bitter might prove better than sweet over the long run. Some people are shifting to savory snacks and beverages like kombucha and aperol: items Willy Wonka never would have considered serving in his Chocolate Factory. This also helps to explain the introduction of beverages containing kale and spinach, and Brussels sprout-flavored potato chips.

“I think we will see a gradual shift over time to much more acceptance of less sweet foods,” Innova director of innovation Lu Ann Williams said in a recent report.