On Christmas Eve, All You Need Is Darlene Love 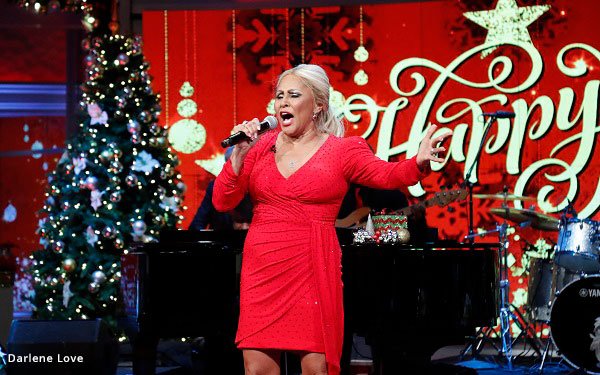 What is an appropriate column topic for Christmas Eve day?

It is a question a content creator (such as yours truly) must ask himself every year at this time because the day before Christmas is not just any day. It has a character all its own.

With that in mind, zeroing in on just the right subject for a TV Blog (or a TV show, for that matter) presents a challenge. In past years, at least twice, the TV Blog analyzed the prime-time Christmas Eve schedules on the Big Four broadcast networks in order to evaluate their Christmas spirit.

In recent years, NBC has filled its three hours of prime time on Christmas Eve with the 1946 black-and-white movie “It’s a Wonderful Life.” NBC receives an A+ for its consideration of its audience and its responsibility to serve them on Christmas Eve.

Disney-owned ABC has a similar Christmas spirit. Tonight (Christmas Eve), the network has the one-hour stop-motion animated special “Santa Claus Is Comin’ To Town” from 1970 -- narrated by Fred Astaire. That will be followed by “CMA [Country Music Association] Country Christmas.” Thank you, ABC.

Even Fox has decided that its Christmas Eve schedule should have something Christmas-y this year. So Fox’s two hours of prime time will be devoted to a re-showing of its live, 2017 prime-time adaptation of “A Christmas Story.”

Meanwhile, CBS this year will have a rerun of “NCIS” followed by two episodes of “FBI.” These are the TV equivalent of lumps of coal.

As for the TV Blog, various ideas were considered and eventually discarded for publication on the morning of Christmas Eve day this year.

One was the history and current status of TV ‘s famed “Yule Log,” which is just a videotaped fire in a wood-burning fireplace (trivia alert: the original was shot at Gracie Mansion, official residence of the New York mayor).

The “Yule Log” was invented in order to fill time on local TV in New York on Christmas Day, and also to serve as a virtual fireplace for the city’s millions of apartment-dwellers who did not have a fireplace.

Not surprisingly, it is a tad on the dull side, to say the least. And a TV Blog on that same subject would probably be the same.

I then considered something unrelated to Christmas at all, which was the premiere today of the second season of the new “Lost in Space” on Netflix. I even attempted to watch the season premiere and, in the process, discovered to my amazement that the Space Family Robinson would be celebrating Christmas on the episode.

To accompany a scene in which their Christmas tree is revealed, the show’s producers used Darlene Love’s classic 1963 recording of “Christmas (Baby, Please Come Home),” produced by Phil Spector.

This jogged a memory of Christmases past when Love would appear every year on David Letterman’s last show before Christmas vacation to belt out this song accompanied by Paul Shaffer and a miniature orchestra.

And that is what this TV Blog has come to: Darlene Love, now 78, singing “Christmas (Baby, Please Come Home)” -- first from her final appearance on the Letterman show in December 2014 here and just last week on “The View,” which has featured her for five years at holiday time, ever since the end of Letterman’s “Late Show.”

The picture above is from last Friday. Here is Darlene Love on “The View.” Merry Christmas, everybody.