Laugh Out Loud Funny: The Legends We Lost In 2019 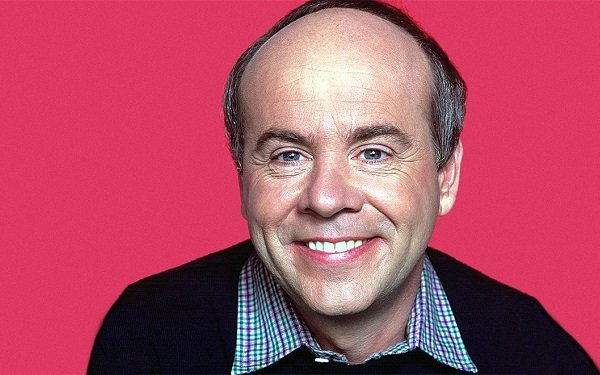 It would not be too surprising to learn that the term “side-splitting” was coined specifically in response to Tim Conway. It wasn’t, but he was that funny.

He was hilarious to watch on “The Carol Burnett Show” (and a hundred other places on TV and in the movies), but he was apparently even funnier in person.

He made his seasoned colleagues break down and laugh in the middle of their sketches -- something that happened so frequently (especially with co-star Harvey Korman) that it became part of the act.

Conway (pictured above) died in May at age 85, a loss for the millions who loved him, and for his friends and colleagues in Yarmy's Army, the loose aggregation of comedic greats in which Conway was a long-time member.

Should auld acquaintance be forgot? Not on your life -- especially when remembering Valerie Harper, one of television history's immortals, in the role of Rhoda Morgenstern.

Those too young to have experienced “Julia” firsthand (1968-71) can have no conception of the courage and strength of Diahann Carroll, a pioneer woman of television if there ever was one.

We lost a Monkee, Peter Tork, and the first Marilyn on “The Munsters,” Beverley Owen.

Luke Perry died much too young at age 52, missing out on last summer's “Beverly Hills 90210” reunion series on Fox. Peggy Lipton (“The Mod Squad,” “Twin Peaks”) was 72 when she died this year, but to millions of us, she will be forever young, and mod.

Caroll Spinney was the puppeteer who brought Big Bird and Oscar the Grouch to life on “Sesame Street.”

Rip Torn played Artie on “The Larry Sanders Show.” The character was the most memorable fictional TV producer in the entire history of TV shows about television.

Sylvia Miles made her fame mostly in movies, but she was a fixture at TV-industry parties in Manhattan for decades, whether she was invited or not.

From the annals of TV history, we lost Charles Van Doren, scholar, author and a central figure in a quiz-show scandal from long ago.

Jim Leavelle was seen in one of the most widely viewed live news events in TV history -- the assassination of Lee Harvey Oswald by Jack Ruby on Nov. 24, 1963, in Dallas. Leavelle, a Dallas police detective, was the man in the light-colored suit and matching hat who was seen around the world escorting Oswald and then grimacing when Ruby leaped out of a crowd of reporters and fatally shot the suspected killer of President John F. Kennedy. Leavelle died this year at age 99.

Funnyman Arte Johnson deserves special mention here. Was there ever a TV show as maniacally funny as “Rowan & Martin’s Laugh-in”? Maybe not, and Arte Johnson was one of the reasons why.

Rudy Boesch enlivened the sensational inaugural season of “Survivor” on CBS in summer 2000. He was an ex-Navy Seal whose reactions to that season's eventual winner -- gay and usually naked Richard Hatch -- helped put that long-running reality series on the TV map.

Speaking of reality TV, this year we lost Beth Chapman, wife and co-star of Duane Chapman, otherwise known as “Dog, the Bounty Hunter.” They were a great couple who I met and interviewed in 2004.

Author Herman Wouk saw two of his bestsellers turned into two of the highest-rated miniseries in the history of television -- “The Winds of War” and “War and Remembrance.” He died this year at age 103.

Before we sign off here, let us not forget Bob Einstein, dour, straight-faced funnyman on “Curb Your Enthusiasm” (and brother of Albert Brooks) and John Witherspoon, veteran comedian, comic actor and long-time friend of David Letterman.

To those who knew him, swashbuckling Australian journalist Steve Dunleavy was our very own Alan Swann (the larger-than-life character played by Peter O'Toole in “My Favorite Year”). He could be difficult to love, but impossible to dislike.

On “A Current Affair,” he established the tone and set the standard for all of what became known from then on as “tabloid television.” And for everyone who knew him in the newspaper newsroom where he spent the bulk of his career, he was the embodiment of everything that newspaper work ever was, and ever would be.