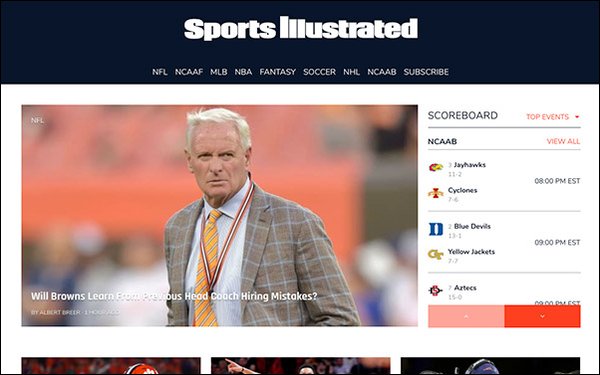 Maven, the owner of Sports Illustrated and TheStreet, says it earned more than $45 million of revenues in Q4, in an SEC filing made Tuesday.

Maven said Sports Illustrated had 29 million unique visitors in December 2019, up from 27 million compared to the previous year — a 7.4% increase. SI.com also saw a 300% page-load speed improvement after moving to Maven’s platform in October, according to the company.

“We are pleased by the positive results,” Maven founder James Heckman stated. “Similar to our 2018 restructuring initiatives, we quickly forced many difficult, and sometimes traumatic changes, which we deemed necessary to transition SI’s business back to a trusted and growing heritage brand."

The company anticipates that in 2020, it will have more than $27 million in operational savings at Sports Illustrated, compared to 2018, with “significant changes” made to the brand's print product.

The changes will affect “print frequency and circulation,” while "improving the size, weight and quality of the magazine, whose first issue under its new format will launch in February."

The NewsGuild of New York union represents about 80 staffers in print, digital and video, CNN reports.

“Maven's directive to launch a network of team reporters on SI's platforms without sufficient vetting or editorial oversight has already resulted in errors that severely undermine our credibility,” the union stated.