TV Violence Wrap-Up: How Much Is Too Much? 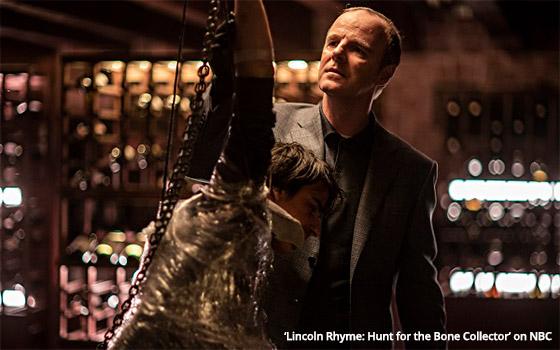 The subject of TV violence comes up so rarely in ordinary conversations that it comes as a surprise when anybody mentions it.

A family friend happened to mention it the other day more or less out of the blue. The conversation we were having about TV was not out of the ordinary; the subject tends to come up when one makes a living writing about television.

She just happened to say offhandedly that the violence on TV has lately just become too much for her -- not only in the scripted dramas she sees, but even on TV news. Sometimes, she said, she chooses to watch “Leave It To Beaver” reruns on MeTV on weekday mornings instead of the morning news shows. This is a professional woman living in Manhattan. She is a doctor.

This story is purely anecdotal, so it cannot be used as the basis for forming an accurate impression that audiences in general are finally, at long last, tiring of all the bloodshed that passes for entertainment on TV.

In fact, judging by all of the violence on view on a typical day on TV, the makers of all this violent content must believe the audiences for it are still robust. Otherwise, the studios and networks would produce something else.

The subject of TV violence arises here again because the new year is still young, and yet just last week the TV Blog endured two ultra-violent TV shows in order to write reviews about them.

In “The Outsider,” which premiered Sunday night, viewers were forced to gaze upon the bloody, mutilated dead body of a little boy that was found in the woods.

In “Bone Collector,” the killer’s victims were immobilized in various positions from which death would result slowly and inevitably. Some of the immobilization was accomplished with the use of cellophane wrap, as in the photo above.

The picture shows the killer (played by Bryan F. O’Byrne) calmly assessing a half-dead victim who he had previously Saran-wrapped. This photo was among the pictures that the NBC publicity department made available to promote the show.

Historical note: Victims immobilized in cellophane wrap on TV is nothing new. It was a peculiar feature of the Dexter Morgan killing method in Showtime's “Dexter” (2006-13).

More recently, as the “Bone Collector” torture photo demonstrates, TV networks are promoting their shows using the kinds of violence and violent images that people -- critics, the “public,” members of Congress -- once complained about and debated.

The TV Blog has pointed this out before, as recently as last month (on Dec. 6) in a review of the Hulu revenge drama “Reprisal.” Headlined “Another Day, Another Violent TV Show,” the blog described the blood-splattered photos Hulu offered for promotional purposes. The TV Blog said “no thank you” to those.

TV violence and its excesses have long been a subject for this TV Blog. One blog last year -- a review on May 28 of the NBC summer series called “The In-Between” -- complained about that show's repeated emphasis on showing us corpses from which the eyes had been removed. The headline on that blog was “Sometimes The Sick Violence On TV Just Becomes Too Much.”

Other TV Blog headlines in this vein over the years have included “Presented For Your Entertainment, Chicago Violence on CBS” (an April 2019 review of “The Red Line”), “Violence Debate Is Thing Of The Past As TV’s Bloodlust Grows” (August 2017), “No Advertiser On Earth Should Support Sickening ‘Blood Drive’ On Syfy” (June 2017), “Gun Crazy: America Loves Its Firearms, And So Does TV” (June 2016) and “New ‘American Horror Story’ Is Meaningless Exercise In Gratuitous Bloodletting” (October 2015).

And these were just the best headlines on the subject of violence. As a subject for the TV Blog, it has come up in dozens of the blogs published here.

But if TV violence never goes away -- and in fact proliferates and expands each year -- then why continue to carp about it? Because every once in a while, someone will come along who will say to me, without prompting from me, that the violence on TV -- whether videotaped in the real world or re-created for our entertainment -- has become too much, at least for them.

But for the majority of us, how much is too much? Perhaps by continuing to explore the issue in column after column, I might someday arrive at the answer to that question.

television
1 comment about "TV Violence Wrap-Up: How Much Is Too Much?".
Check to receive email when comments are posted.
Next story loading