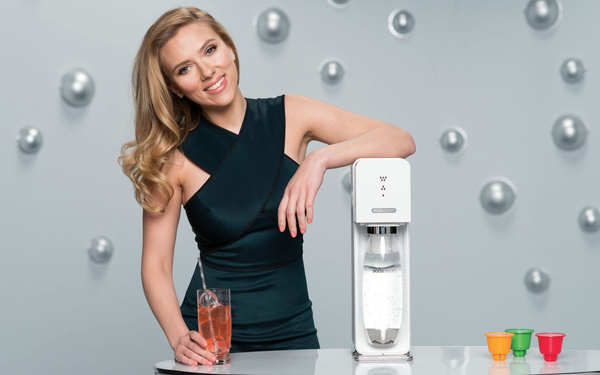 For the first time since 2014, SodaStream will have a 30-second spot immediately prior to the Super Bowl halftime show.

The campaign is being developed by Goodby Silverstein & Partners and will be directed by Academy Award-nominated film director Bryan Buckley, a Super Bowl veteran with over 63 game commercials under his belt.

The at-home sparkling water maker will be "making a splash with a Super Bowl ad that reminds consumers that SodaStream is the best way to stay hydrated and help the environment by cutting out single-use plastic,” according to a spokesperson.

SodaStream has a history of making spots that the Super Bowl ad police like to reject. In 2014, about a week before the game, Fox rejected that year's SodaStream Super Bowl commercial — roughly one year after CBS, the Super Bowl broadcast network for the 2013 game, took similar action.

The brand was forced to remove a line from the 2014 spot in which actress Scarlett Johansson said "Sorry, Coke and Pepsi.”

Daniel Birnbaum, CEO of SodaStream, told USA Today at the time that Fox rejected the initial Super Bowl commercial "because they're afraid of Coke and Pepsi.” The 2013 ad also had to be edited for a similar line about the two beverage giants. The replacement ad featured generic soda brands in their place.

In a move that deftly illustrates the “keep your friends close and your enemies closer” proverb, PepsiCo acquired SodaStream in 2018 for $3.2 billion. So it’s unlikely that this year’s ad will raise such controversies as previous attempts.