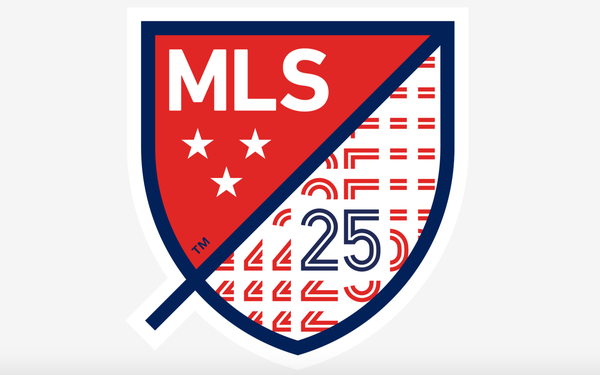 Major League Soccer is marking its 25th season with a number of activations, with a commemorative design integrated throughout MLS and partner initiatives.

The new season officially kicks off Jan. 9 with the new MLS SuperDraft presented by Adidas, live on Twitter, and continues through the MLS Cup in November.

The league’s “Our Soccer” marketing campaign will continue in 2020 with a 25th season theme, supported by amplification from clubs, corporate partners, broadcast partners (ESPN, Fox Sports, Univision, TSN and TVA Sports), and international media partners around the world.

A year-long content and fan-engagement program will determine the top 25 players from the first 25 years of MLS. Fans, media, MLS greats and club technical staff will select “The 25 Greatest,” which will be unveiled in November. After MLS Cup in November, fans will choose the greatest goal in 25 seasons of MLS through a bracket selection process.

Box to Box Films and EVO Films are developing a documentary about the birth and growth of MLS during its first 25 years. Additionally, “El Toque Latino,” a three-part video series, will feature exclusive interviews and archival footage showcasing the influence of Latin American players in 25 years of MLS.

The season-long celebration will reflect on personalities and moments from the league’s first 25 seasons, and also focus on the sport's future, says MLS Executive Vice President Dan Courtemanche.

“MLS remains a growth story as the league has more than doubled in size the past 15 years, and six new teams and seven new stadiums will debut during the next three seasons,” Courtemanche tells Marketing Daily.

MLS’ 25th season will also feature expansive network coverage. An all-time high of 46 network broadcast windows across ABC, FOX, Univision and UniMás in the U.S. will be complemented by eight matches broadcast on CTV in Canada.

MLS Live will showcase every out-of-market match in the U.S. on ESPN+ and MLS fans in Canada can view more than 300 regular season matches through the DAZN live streaming service. Univision and UniMás matches will be streamed live in English on Twitter.

MLS and Bodyarmor Sports Drink, the league’s Official Sports Drink partner in the U.S, will kick off the 25th Season with a media event and youth soccer skills challenge at Los Angeles Football Club’s Banc of California Stadium on Jan. 15.

Adidas and MLS will unveil the league’s complete collection of this season's jerseys on Feb. 5 in advance of New York City’s Fashion Week. Celebrity fans from other sports will model the kits along with MLS greats including Houston Texans All-Pro wide receiver DeAndre Hopkins.