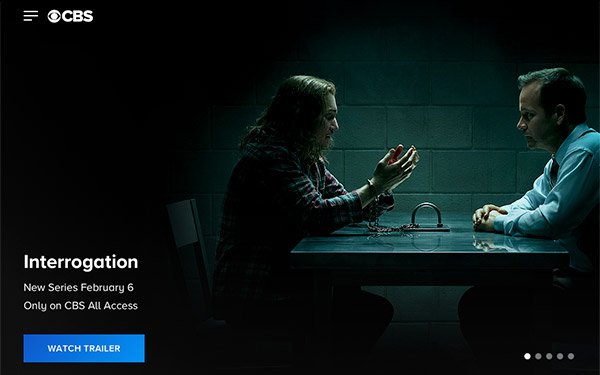 PASADENA, CALIF. -- All the recent news of high-profile premium services gaining massive subscribers, such as Disney+, Apple TV+, as well as hype around the forthcoming HBO Max and NBCU’s Peacock -- might worry some medium-size premium players, such as CBS All Access.

Not so, says Marc DeBevoise, chief digital officer of ViacomCBS/CEO-president of CBS Interactive, speaking at the Television Critics Association meeting here on Sunday. “We have always looked at the so-called streaming wars as being anything but a zero-sum game. And consumer behavior is continuing to prove that point.”

CBS All Access recently commissioned a study that found its subscribers are spending an average of $50 a month on other subscription video streaming services, with overall spend -- digital subscriptions, and traditional multichannel services -- at $120 a month.

DeBevoise adds that independent studies continue to show the modern subscription VOD user has, on average, about three-and-a-half services. “This has grown meaningfully over the last few years and is something we expect to continue to grow.”

In addition, in responding to a question from MediaPost at the event, DeBevoise said CBS All Access’ “churn” -- the number of subscribers lost as a percentage of the subscriber base -- is low, around a “single-digits” percentage, a number typical for a traditional premium cable TV network.

“People know my background, I used to be at Starz,” he says. “We obviously have Showtime in the portfolio at ViacomCBS.  And we feel like [churn] is in the ballpark of premium streaming services and premium [cable networks] in general.”

A low churn rate is also due to efforts around boosting live, sports, and original scripted programming. Particularly in programming, CBS All Access looks to ramp up launching “a show a month with a tentpole [series] each quarter.”

CBS All Access' biggest anticipated series this year is “Star Trek: Picard,” which will have a big promotional push -- especially on the CBS Television Network. “Star Trek” promos will escalate between The NFL AFC Championship Game and the “Grammy Awards.” “Picard” starts January 23.

Advertising revenue metrics remain favorable for the streamer. DeBevoise says: “We're in a nice growth path. So that 80% increase in viewership on a 60% growth in subscribers tells you we're getting people to consume more, which does help drive that ad revenue.”

CBS All Access and Showtime OTT are at around 10 million subscribers overall, he says, scheduled to hit the company's goal of 25 million combined subscribers by 2022. Nearly 70% of CBS All Access subscribers are in the key 18-49 demographic, with an average age of 44 years old and a 50/50 split between male and female subscribers.