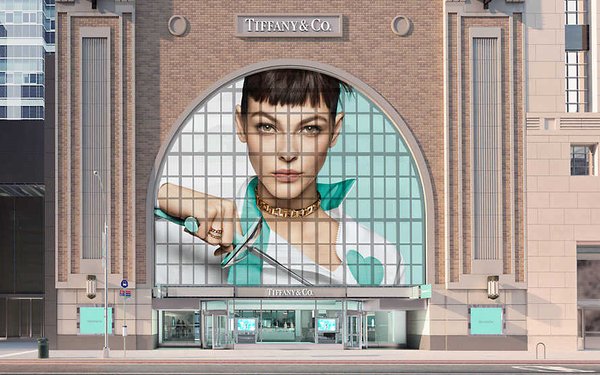 In a move that underscores just how seriously the famed jeweler takes its retail space, Tiffany & Co. has officially opened the doors to what it dubbed the Tiffany Flagship Next Door.

The new store, which it teased with a men’s holiday pop-up, will serve as the New York flagship for two full years, while the retailer completes the stem-to-stern renovation of its main store, promising to “redefine the modern luxury experience.”

“We have received an enthusiastic reaction from customers to this new space with our interactive men’s pop-up store and the extraordinary Very, Very Tiffany Holiday gift items presented there,” says Alessandro Bogliolo, CEO, in the announcement.

The multilevel store contains a private selling room on each floor, as well as a VIP salon, providing customers the same level of service they’re used to, in a location the retailer hopes “feels familiar, yet refreshed.”

The expansive space is designed to showcase periodic installations and partnerships.

The New York flagship has long been the crown jewel of its 300 stores, and thrives as long as tourism is strong. But  the company has been pouring cash into renovations around the world, while the brand’s popularity soars in Asia.

The company, just recently acquired by luxury giant LVMH for $16.2 billion, has recently announced enlargements to its flagship in Shanghai, the largest store in Asia, which includes the first Tiffany Blue Box Café on the Chinese Mainland. It’s updated the London flagship, opened a third store in Kyoto, and a fifth in New York City, this one at Hudson Yards.

Even so, it’s not the easiest of times for Tiffany. Preliminary sales results for the holiday period rose between 1% and 3%, primarily driven by double-digit growth in Mainland China, offset by declines in Hong Kong and Japan. And it reports that there’s been growth in the Americas, with gains between 2% and 4%.