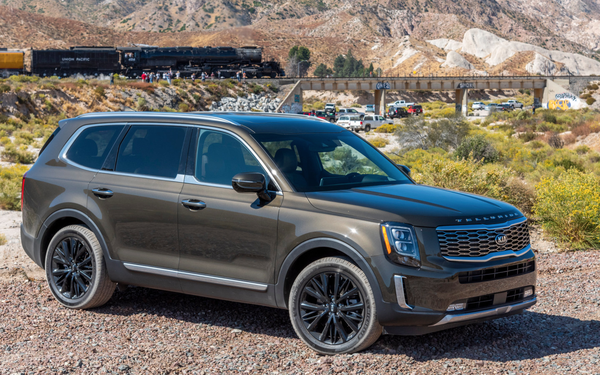 Kia Telluride and Jeep Gladiator have the distinction of not only winning the 2020 North American Car and Truck of the Year in their respective categories (utility and truck) but also being named two of the 10 most successful new models of 2019 by Kelley Blue Book.

Sixteen models made their U.S. sales debuts in 2019. After analyzing sales and other attributes of these rookie additions, the editors at Kelley Blue Book have chosen the 10 Most Successful New Models of 2019.

“The automotive market is so competitive that new models don’t have a chance without those traits,” Brauer tells Marketing Daily.

Overall, automakers are doing an effective job of marketing the new models, he says.

“Whether it’s the value in the Kia Telluride, the extreme off-road capability of the Gladiator or the plush luxury of the Aviator, the messaging around these vehicles aligns closely with each of their strengths,” Brauer says.

Despite trepidation by some buyers of wanting to let the automakers work out the kinks with new models before pulling the trigger on the purchase, there is still a ready audience, he says.

“There’s always the ‘look what I’ve got’ factor of owning an all-new model as soon as it comes out,” Brauer says. “But these vehicles are all genuinely desirable, which should keep sales strong even after the ‘new-to-market; factor fades.”

Brauer is also one of the judges and the membership chair for the North American Car, Utility and Truck of the Year awards. Also winning accolades in that competition in the car category is the Chevrolet Corvette Stingray.

The awards are determined by an independent group of 50 jurors, mostly journalists, from across North America. Initiated in 1994, the awards are the longest-running not associated with a specific publication.

Jurors voted on the finalists based on segment leadership, innovation, design, safety, handling, driver satisfaction and value. The process began in June 2019 with a determination of vehicle eligibility and included three rounds of voting.