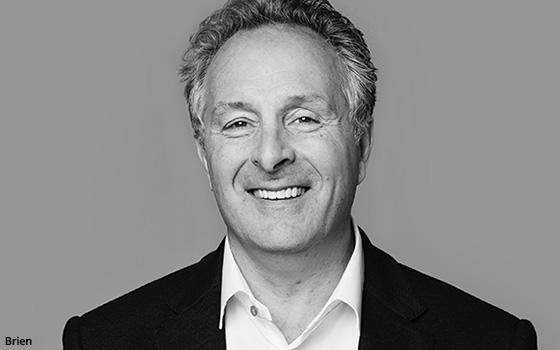 After the announcement in early December that Nick Brien was stepping down from his role as CEO Americas at Dentsu Aegis Network, he explained in a quick phone chat that for his next act — wherever that takes him — he intends to seek a better balance in the way he lives and works.

Offered congratulations and wishes for an exciting new chapter, Brien replied: “Of course it will be exciting. Otherwise, what’s the point?”

The response is vintage Brien, bursting with brio for current challenges and whatever lies ahead -- and part of what makes him an outstanding industry leader.

Now in his mid-fifties, Brien, a native Brit and naturalized American, has been a leader in the advertising and media business for most of his career, much of the time turning around companies that had come off the tracks.

Or starting companies from scratch. In the late 80’s he co-founded a media-buying company in London with Jerry Buhlmann called BBJ Media that was ultimately sold to Aegis Group. Buhlmann rose through the Aegis Group ranks, finally orchestrating a sale of the company to Dentsu and running Dentsu Aegis Network through 2018 while Brien went off seeking other industry adventures.

He landed at Leo Burnett London as a media director and rose to CEO before heading to this side of the pond, first in a business development role at Starcom MediaVest in Chicago and then to sibling marketing services company Arc Worldwide, where he was CEO.

In 2005, then-struggling Interpublic media agency Universal McCann came calling, in desperate need of turning around, which Brien did in short order. Interpublic was impressed with the results -- so much so that it created a media management arm, Mediabrands, and put Brien in charge. In the role, he helped breathe new life into IPG’s other big media agency, Initiative.

After stints running McCann Worldgroup and Hearst’s iCrossing, Brien joined Dentsu Aegis Network to run the group’s struggling Americas division as CEO. Two and a half years later, the unit not only is no longer struggling, it’s the best-performing region in the network.

In a company memo announcing that Brien had decided to leave DAN, Tim Andree, the network’s global CEO, wrote that “Nick made it very clear at the start of his journey in August 2017 that his real excitement in joining DAN was to help transform a region that was struggling. Nick has delivered.”

In addition to leading a number of winning pitches, Andree credited Brien with being a “key spokesperson” for the industry, helping to lay the foundations for the company’s “One Dentsu” positioning and attracting key talent to the company.

In fact, Brien brought one who would come to be his successor to the company earlier this year — Jacki Kelley, who was a star at UM while Brien was running Mediabrands. Prior to joining DAN in April as president and Chief Client Officer, Kelley was Deputy Chief Operating Officer at Bloomberg and before that was COO of the company’s media division.

Brien groomed her for the role, and Andree give her promotion his blessing when he wrote that in less than a year she had made “tremendous progress” revamping client and brand solutions strategies across all capabilities at the network as well as strengthening its creative lines of business.

Brien has been an outspoken advocate of gender equality. He told an Advertising Week session last fall that the reason a number of Fortune 500 companies were underperforming was likely due to a lack of female CEOs within the ranks of those firms.

He has also been more broadly critical of Madison Avenue’s slow pace of change. In March he told a 4As gathering that Adland was “output-focused versus outcomes,” which isn’t going to cut it at a time when “the balance of power” has shifted to consumers.

Nearly a year later, asked whether he has seen progress, Brien replied: “I’m sensing some momentum” in some areas such as a willingness to collaborate on industry standards for data and privacy. He also believes there is a better appreciation for the need of a more diverse and inclusive workforce as well as more integrated brand solutions.

He adds that the industry needs to pivot away from a mentality that focuses on “campaigns” toward an “always on customer journey” and consumer experience management. Achieving that, he said, would have “a huge positive impact on the way we work.”

agency, agency of the year, europe, london
1 comment about "Media Executive of the Year: Nick Brien".
Check to receive email when comments are posted.
Next story loading