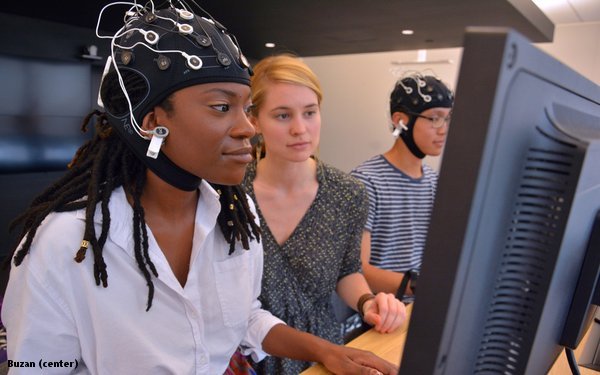 When two of Madison Avenue’s most venerable agency brands — J. Walter Thompson and Ogilvy & Mather — spun off their media departments to form a new dedicated media services unit in 1999, parent WPP chose to brand it with a name that was more of a promise than a reality: Mindshare.

Two decades later, it is living up to that brand name in the most literal way possible, creating the first lab inside a media agency — and quite possibly an agency of any kind — to research people’s minds.

The launch of Mindshare’s NeuroLab in 2019 speaks volumes about the commitment the agency is making to understanding how media, content and creative impacts the way consumers think, feel and behave. And most importantly, how that impacts the agency’s clients’ brands.

It’s also an interesting zig at a time when the rest of Madison Avenue appears to be zagging. While interest in so-called neuromarketing research appeared to peak a few years ago, it has waned as a mainstream topic in conversation.

The team supplements this data with pre-and-post implicit bias testing as well as quantitative data, which is how we know when consumers are deceiving themselves.

The lab is a significant commitment to a media services agency’s P&L, but Mindshare USA CEO Adam Gerhart says it is already paying off on the agency’s bottom line, attracting new-to-Mindshare clients drawn by the unique research service, as well as enhancing the insights and strategies of existing Mindshare clients.

“I can tell you anecdotally, it was instrumental in the (chocolate marketer) Ferrero win,” Gerhart acknowledges, referring to one of its big 2019 account wins. (Other major wins during the year included: Allergan, Wondery, Blue Buffalo, Tourism New Zealand, CEVA, Spirit Airlines, and Hearing Life, and it successfully defended and retained clients in some of the year’s biggest reviews, including the United States Marine Corps and Dyson.)

Mainly, Gerhart says the lab has already brought in clients that Mindshare has had no media relationship with, suggesting it is both a diversification strategy, as well as a potential lead generator.

Beyond that, it has created some industry attention, goodwill and buzz, including a presentation on the impact of audio that was one of the most talked-about sessions during Advertising Week in New York last September.

Using its proprietary neuroscientific research, Mindshare found that while the industry typically obsesses on visual media, audio can convey things and register an impact on consumers in non-conscious ways that may be even more powerful for some brands and forms of messaging.

Another powerful insight developed by the lab’s Buzan is what is the best content and context for brand advertisers’ ads to run in.

Significantly, the lab’s researchers are building a database of what works and what doesn’t in order to have a benchmark for future insights, as well as potential changes in the way people respond to media, content and advertising over time.

While the lab is the most material rationale for MediaPost’s selection of Mindshare as our 2019 Media Agency of the Year — hitting all three of our major criteria: vision, innovation and industry leadership — it is part of a broader mandate and culture being fostered by Gerhart, all of which falls under a unique philosophy the agency dubs “provocation with purpose.”

One of the best manifestations of such provocation is a series of near-futuristic thought pieces it produces under the banner of “Media Dystopia,” in which it strives to imagine not just the upside of media technology, but the unintended consequences. Think Madison Avenue meets Netflix’s “Black Mirror.”

A more practical and immediate manifestation of the agency’s provocation work also took root in 2019 around building a better way to use media targeting the LGBTQ community.

While it’s common for media technology to be used to “blacklist” certain media and content for the sake of “brand safety,” Mindshare realized there could also be a way of whitelisting it in order to identify the most meaningful ways to reach the LGBTQ community. The result was the industry’s first “private marketplace” for brands supporting “queer voices in journalism.”

Gerhart says Mindshare already has dozens of LGBTQ media partners participating in the private marketplace, and that it’s already beginning to have an impact on some of the agency's brands, as well as the media outlets.

agency, agency of the year, media
Next story loading