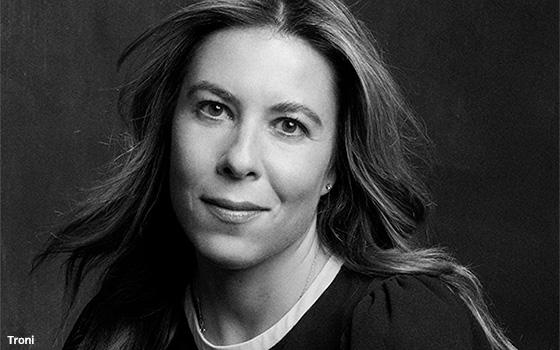 Troni will be responsible for all global marketing, new business and communication of the WT brand. She is also tasked with driving integration across the network’s capabilities.

She joins WT from Interpublic’s MullenLowe Group where since 2014 she served as Global Chief Growth Officer.  During her tenure there she led the global rebranding of the MullenLowe Group network following the merger of Mullen with Lowe and Partners in 2016.

Earlier Troni spent 10 years in senior roles at Havas, across Europe, the U.S. and Asia, including CEO, Havas Worldwide Southeast Asia, and Global CMO of Havas Worldwide, where she also led the global rebranding of the Euro RSCG Worldwide network and its agencies as Havas Worldwide.

Troni’s appointment is the latest in a number of hires to the Wunderman Thompson global executive leadership team, including Neil Dawson as Global Chief Strategy Officer, and Bas Korsten and Daniel Bonner as Global Chief Creative Officers.