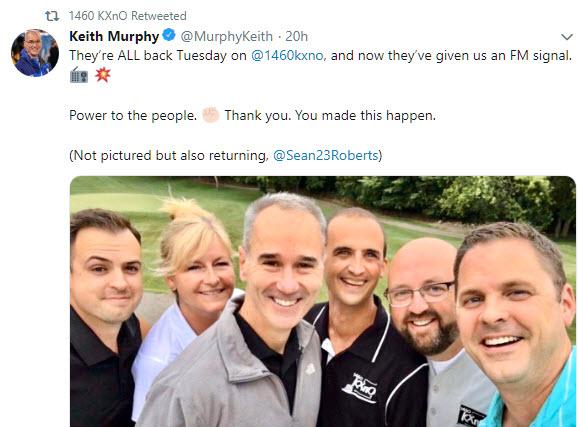 iHeartMedia — whose reorganization-driven layoffs have been estimated at anywhere from “dozens” to about 1,500 — has rehired six employees at Des Moines-based KXNO after listeners rebelled.

On-air hosts Travis Justice, Heather Burnside and Sean Roberts of "The Morning Rush" and Chris Williams and Ross Peterson of "The Sports Fanatics,” along with program director Andrew Downs, were rehired within three days of being terminated, reports WHOTV.com.

After thousands of Iowa listeners registered angry complaints, KXNO general manager Joel McCrea reconsidered the station’s restructuring, with approval from iHeartMedia, and will apologize to the station’s audience.

Moreover, according to McCrea, the station will not only resume airing the two shows next week, but significantly expand their reach by adding simulcasts on 25,000-watt station 106.3 FM.