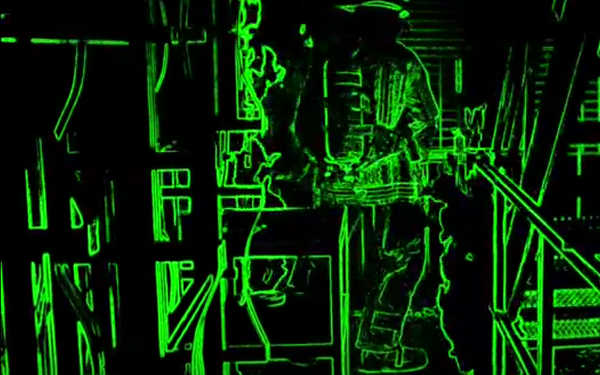 Verizon will advertise in the Super Bowl, the wireless company said today -- and not surprisingly, given the special nature of commercials within that telecast, its ads will dwell on how 5G will become an important tool for first responders, not the more typical commercial pitch that sells the features of the Verizon network.

The company starts its advertising run-up to the Super Bowl with two new commercials called “What 5G Will Do” that will air during the AFC and NFC championship telecasts this Sunday. The ads, the company says, “will show the critical challenges facing first responders and the Verizon 5G tech that will help overcome them.”

The company released a teaser ad today showing how, with 5G technology, firefighters might be able to “see through” the smoke in a home engulfed in flames with infrared vision goggles that give a green outline to objects.  The theme will be continued in the Super Bowl.

Still, it’s a trick to advertise the technology, since 5G is mostly buzzword for advanced wireless technology that is not easy to explain because the applications are still so new, or haven’t even been created.

“In the consumer’s mind, 5G is still fairly formative. With any new technology, there is an education process,” Andrew McKechnie, Verizon's chief creative officer, wrote in an email conversation.  “A year ago, it was the promise of what 5G might be able to do -- and this year we’re showing real 5G use cases. We'll continue to have more to show as 2020 goes on.”

Last year at the time of the Super Bowl, Verizon was still battling back from criticism it received from some first responders and public interest groups for billing and PR blunders it made in the midst of 2018’s California wildfires,

Santa Clara County complained Verizon throttled data speed to firefighters, and allegedly gouged some first responders during the emergency.  The company apologized for what it said were mistakes.

Beyond the first responder messages this year,  Verizon will also be showing off its 5G deployment at Hard Rock Stadium in Miami, site of the Super Bowl.

Verizon launched service when the 2019 season began and says it will have a “major footprint” at the stadium, with a display detailing how the 5G network could soon be radically changing the ways fans experience the game.

As part of that pitch to fans, Verizon is planning an “immersive experience that will transport viewers onto the field and give them a real-time view of the game like never before.”