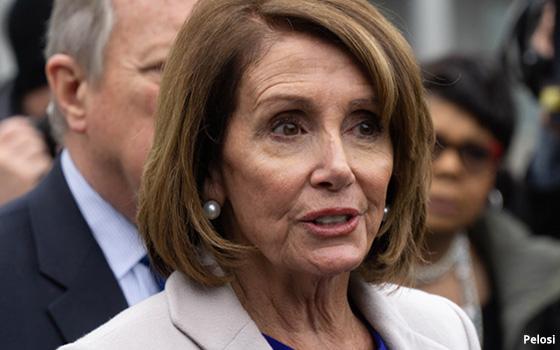 Potentially setting the stage for future regulation, House Speaker Nancy Pelosi took time this week to bash Facebook -- and what she considers to be its “shameful” business practices.

“They have been very abusive of the great opportunity that technology has given them,” Pelosi (D-Calif.) told members of the press on Thursday. “They intend to be accomplices in misleading the American people.”

Pelosi’s comments came about a week after Facebook stood by its controversial decision not to block political ads containing false and misleading information.

“Ultimately, we don’t think decisions about political ads should be made by private companies,” Rob Leathern, director of product management at Facebook, said last week. “People should be able to hear from those who wish to lead them, warts and all, and that what they say should be scrutinized and debated in public.”

Suggesting another motive for Facebook’s controversial content policy, Pelosi accused the company of a single-minded focus on profit.

Facebook has maintained since 2016 that questionable and even blatantly false content spread by politicians is acceptable, due to its “newsworthiness.”

Regarding Facebook’s efforts to lobby policymakers on both sides of the political aisle, Pelosi added, “All they want is their tax cuts, and no antitrust action them … and they schmooze [the Trump] administration in that regard.”

Forrester Research, for example, recently named the tech titan as one of most poorly managed brands of 2019. In part, this was due to Facebook’s continued unwillingness to take responsibility for its misuse of user data following the Cambridge Analytica scandal.

This massive shirking of responsibility “hemorrhaged the brand’s public trust,” in the words of Dipanjan Chatterjee, principal analyst at Forrester and lead author of the annual brand review.

“The biggest miss was empathy,” Chatterjee said of Facebook. “This is a brand that’s been out of touch and uncaring and has lacked the ability and willingness to listen.”