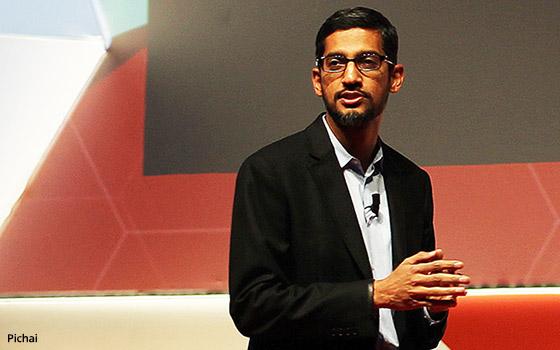 The head of Google is reportedly calling for a temporary block on the use of facial recognition technology until government officials weigh in with new rules.

“Facial recognition is fraught with risks,” Alphabet and Google CEO Sundar Pichai said at a conference in Brussels, according to Reuters. “I think it is important that dominant regulation tackles it sooner rather than later.”

Pichai's comments come as the EU is reportedly preparing to impose a five-year ban on the use of facial recognition technology in public.

In the U.S., four cities -- San Francisco and Oakland, California, and Brookline and Somerville, Massachusetts -- have prohibited the police from using facial recognition software. Portland, Oregon is currently considering a similar prohibition.

Several states, including Illinois and Texas, also restrict private companies' ability to use biometric data, including data gleaned from facial-recognition software. The Illinois law specifically provides for private lawsuits against companies that fail to comply with curbs on biometrics.

Democratic presidential candidate Sen. Bernie Sanders (Vermont) has said he supports a ban on the use of the technology by the police.

After the article appeared, Sen. Ron Wyden (D-Oregon) reiterated his support for a national privacy law.

“Americans have a right to know whether their personal photos are secretly being sucked into a private facial recognition database,” he said on Twitter. “Everyday we witness a growing need for strong federal laws to protect Americans’ privacy.”