Advertising's Share Of Time Spent With Media Continues To Erode 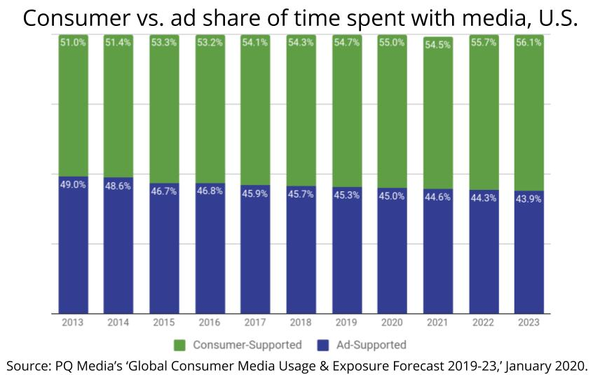 Editor's Note: The original version of this story incorrectly referred to share of media revenues instead of share of consumer time spent with media. This version has been updated and a correction has been published here.

While advertising continues to remain the dominant share of media revenues vs. consumer spending on a global basis, it also continues to erode, falling to less than two-thirds (65.9%) in 2020, according to PQ Media.

"Many of the emerging countries with large populations like China and India are woefully behind the developed markets in digital access penetration," PQ Executive Vice President-Research Director Leo Kivijarv explains about the differential between U.S. and global shares of consumer spending.
"For example, a little less than half of China’s population doesn’t own mobile phones, and of the 600 million that do, they only reached 50% share of smartphones this year, or 300 million of the 1.3 billion people."

Whatever the case, the trajectory is is clear that consumers are increasingly paying for media directly vs. receiving ad-supported media.

PQ Media won't release explicit consumer media spending figures for another couple of weeks, but in 2018, it estimated 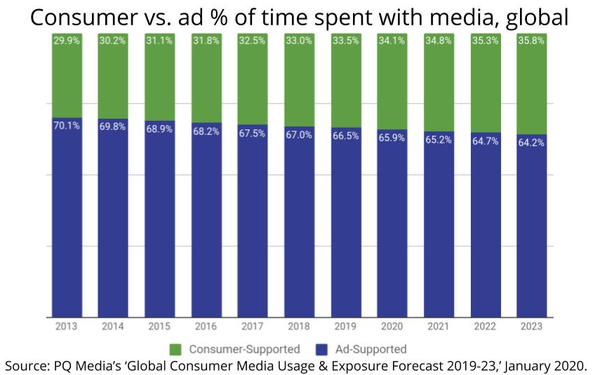