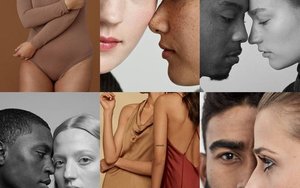 With a spring campaign called “Color-Full,” Banana Republic is using Black History Month as a jumping-off point for a rich new take on diverse content.

It also showcases its spring collection in digital spots by artists like Koto Bolofo, Melodie McDaniel and Campbell Addy.

“What makes this special to us is that it’s not just that we went out and found black artists,” Peltier tells Marketing Daily. “These are creatives we’ve worked with often and consider friends. So when we asked them to help create this authentic expression of what Banana Republic is, the whole thing just became this fun conversation about colors and personalities. It’s a kind of powerful and personal storytelling.”

McDaniel, for example, set her shoot up against bright walls of color in Compton, California, with models that include local artists, teachers and an NFL-player-turned-mayoral candidate. Those are the kind of boundary-breakers the brand thinks are most likely to buy its clothes.

“We like to help people tell our story as part of their story,” says CMO Mary Alderete. “The main product story is that people want spring clothes, with color and optimism. And the outfit and styling of each person so reflect their personality.”

She tells Marketing Daily that by appealing to “a wider audience with a relevant story and pushing forward with real people and an exceptional styling point of view, we’ll drive the business forward.”

The Gap-owned retailer says it hopes to bridge the campaign from Black History Month in February to International Women’s Day and World Water Day in March, BY “connecting culturally relevant moments for several months, instead of a couple of one-offs,” according to Alderete.

Banana’s campaign comes at a time of upheaval at its parent company. Gap CMO Alegra O’Hare has left the San Francisco-based company after less than a year in the job, as Gap reportedly redefines the CMO position. And it recently pulled the plug on plans to spin off Old Navy, months after the firing of CEO Art Peck. It also announced the departure of Neil Fiske, president and CEO of Gap brand.

Many observers are happy about the Old Navy decision. “We had previously argued that the separation of Old Navy, which we believe generates about 80% of Gap’s operating income, from the rest of Gap provided little strategic sense and would destroy value through expected direct costs, capital expenditures, and gross dis-synergies of as much as $1 billion,” writes David Swartz, an analyst who covers the company for Morningstar.

In its most recent quarterly results, the company says comparable sales at Gap fell 7%, at Old Navy dropped 4% and Banana Republic was down 3%.