Real (Serious) Time Blog: The Shift From Minutes To Seconds 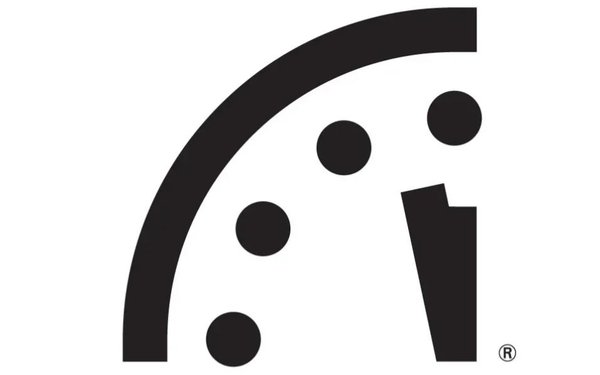 The Bulletin of the Atomic Scientists late last week announced it is moving the denomination it uses to measure how long we've got before "midnight" to seconds, not minutes.

In a media event held this morning in Washington, DC, the Bulletin announced it was making the move, and changing its iconic "Doomsday Clock" from two minutes to 100 seconds to Midnight, because humanity currently faces two simultaneous existential threats -- nuclear war and climate change -- and we're running out of time.

The magazine -- and its clock -- were founded in the aftermath of World War II, and the dawn of the nuclear age, to draw attention to the looming threats of manmade technology to annihilate mankind. For most of its existence the focus has been on prospects for nuclear war. Some years ago, it began including the affects of climate change and mankind's contribution to it.

Last week's announcement -- coming with the split-screen metaphor of the U.S. Secretary of the Treasury Steve Mnuchin mocking climate advocate Greta Thunberg during the World Economic Forum in Davos, Switzerland -- seems to underscore the reckless disregard for the greatest threats that exist to, well, our own existence.

The truth is we've already begun accelerating mass extinction (read Elizabeth Kolbert's "The Sixth Extinction." The only question is if and when our own species will become one of them.

As a child of the Cuban Missile Crisis, I grew up during the Cold War and an obsession with nuclear annihilation, and by the time I started studying journalism in college, the Bulletin became one of my favorite reads, and also demonstrated for me the role media can play in influencing humans to make better decisions. Or as the case may be, worse ones.

Under the current administration, the prospects for nuclear war seem greater than anytime since the Reagan era. But the prospects for climate devastation are also more real than ever. And grow worse by every day.

Nearly a decade ago, I was invited by the late University of Massachusetts professor David Lustick to lead a contingent of executives from Madison Avenue for a symposium to advise climate scientists on media science, and how they could use it to help influence people -- especially climate change deniers.

We no longer have years to change our behavior.

Heck, we no longer have minutes.

We only have seconds.