Climate Scientists Embrace Marketing Science In Effort To Save The Planet 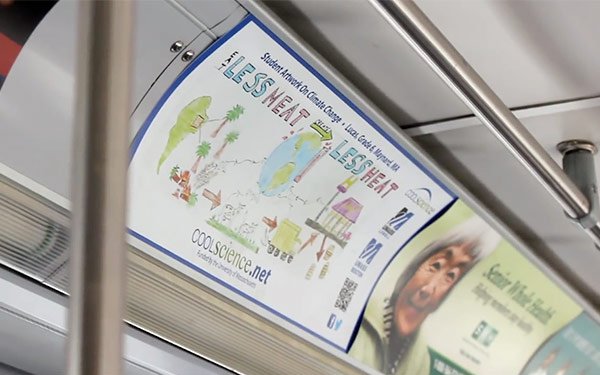 A group of leading scientists and academic researchers and educators met late last week with representatives of Madison Avenue to see if they could learn something about the science of media and marketing that might help with what they said is their most important experiment, albeit one that appears to be failing: saving the planet. The summit, which took place on the campus of the University of Massachusetts in Lowell, during the two-day Carbon Smarts Conference, also revealed how important media is becoming to the scientific community, influencing the support for -- and possibly even the outcome of -- scientific research.

The scientists said some macro developments, especially the derailing of the national and global economy, have shifted the media’s attention from the issue, and that media coverage of climate change has fallen by two-thirds from its high point in 2007. That decline in media attention, coupled with some especially cold recent winters and the feeding frenzy of skeptical coverage surrounding the so-called “Climategate” scandal in late 2009, when emails of a renowned climate change researcher were hacked, leaked and found to have contained some inaccurate information, has sent public perceptions about climate change plummeting over the past three years.

“When the media doesn’t report the issue, it is literally out of sight and out of mind,” Anthony Leiserowitz, director of the Yale Project on Climate Change Communication at the School of Forestry & Environmental Studies at Yale University, said during an impassioned keynote Friday morning.

Leiserowitz, who is among the leading academic researchers tracking public sentiment about climate change and the role media plays in shaping it, said the percentage of the American public that believes climate change is actually happening fell from a high of 71% in 2007 to 64% in 2011.

He said the decline is not just a function of the “information deficit” being created by the void of media coverage, but has been exacerbated by a “disinformation campaign” from global warming skeptics, especially commentators on Fox News who seized on Climategate as a smoking gun to sway public opinion. Leiserowitz said he attributed Climategate to 12% of the American public becoming “less believing” that humans are contributing to climate change, and what scientists are reporting about it.

He also showed research conducted by Yale and George Mason University showing that American views about climate change can be divided into a spectrum of six personality types ranging from “alarmists” to “naysayers.” The research, he said, also reveals interesting emotional attributes for each of these groups and for Americans overall that could be used to help mount a more effective public information campaign about climate change -- especially the insight that “fear” doesn’t resonate, and may not be sustainable enough to move public perceptions, but that “worry” is an emotional attribute that could have sway.

“Instead of fear appeals, what would it look like to come up with worry appeals?” Leiserowitz asked the conference attendees. But when asked what a campaign based on a “worry appeal” might look like, Leiserowitz demurred, saying he wasn’t sure.

Several speakers from Madison Avenue spoke on a panel addressing the role that out-of-home media could play in shaping public awareness and opinion about climate change, including Brodeur Partners’ Rob Gould, Bowman Design Group’s Tom Bowman, and even this reporter. The reason for the focus on out-of-home is that the conference’s organizer, University of Massachusetts Lowell professor David Lustick, is also developing a public service campaign on Boston’s mass transit system, and is hoping to get some advice from Madison Avenue on the most effective campaign to run.

Much of the time at the conference was spent debating the types of messages climate scientists could mount despite the dwindling media attention and public sentiment surrounding the issue, which Yale’s Leiserowitz assured would regain the center stage of public awareness when another significant climate change incident manifests -- something the scientists at the conference all agreed was inevitable. Speaking almost like a military strategist who had lost a major recent battle but was preparing for the next phase of an ongoing war, Leiserowitz said the climate science community needs to “be prepared” for that time, which he described as a “teachable moment.”

“If we can’t keep people interested in this,” he concluded, “then we are doomed.”

(Editor's Note: The video below documents the "Cool Science" project that grew out of UMass's "Carbon Smarts Conference" initiative.)

campaigns, environment, research
4 comments about "Climate Scientists Embrace Marketing Science In Effort To Save The Planet".
Check to receive email when comments are posted.
Read more comments >
Next story loading