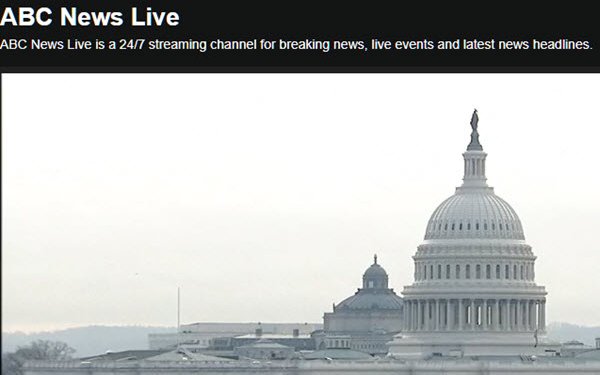 Disney-owned ABC News is launching a new strategy aimed at setting precedents and establishing leadership as news becomes a growing opportunity and battle front within the streaming wars.

Starting next month, the ABC News Live streaming channel will begin expanding its live news and original programming, to reach 18 hours per day by year’s end. The channel’s coverage is currently a mix of live coverage and clips.

Llamas will debut on the streamer with coverage of the Democratic Iowa caucus on Feb. 3. Davis’s hour-long 7 p.m. and 9 p.m. newscasts will start on the eve of the New Hampshire primary on February 10.

The channel will also air new original documentaries, beginning in late February with “Guardians of the Amazon,” produced by the “Nightline” staff.

“In 2020, we have the rare opportunity to create what a perfect 24/7 news channel looks like — breaking news, live events and documentary storytelling all in one place,” said Justin Dial, ABC News Live executive producer, in announcing the moves.

As supervising producer of news for “Vice News Tonight” during its run on HBO, Dial is credited with leading the show to multiple Emmy wins and a Peabody Award. Dial joined ABC News Live last November, after HBO dropped the Vice news show (which moved to the Viceland cable network).

ABC News Live’s strategy of more or less round-the-clock live “headline” news, combined with pods of more in-depth coverage and documentaries, is designed to capture the younger demographics who rely increasingly on streaming for their news.

The news format is an intentional departure from the talk-dominated approach of the 24/7 cable news networks, whose core audiences are older demographics.

ABC News Live is currently available through Roku, Hulu, Facebook Watch, ABCNews.com, and the ABC News and ABC apps, among other platforms.