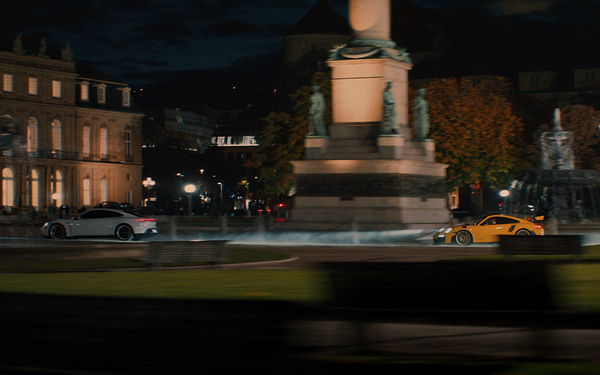 Porsche is releasing an extended cut of its Super Bowl commercial today at 6:01pm EST.

Both the 2-minute and 30-second version, plus the 60-second spot that will premiere in the game, are from U.S. creative lead agency Cramer-Krasselt.

The automaker is featuring a host of its vehicles—including the new fully electric Taycan—in its first Super Bowl spot in 23 years. The is only Porsche's second time buying time in the big game. The sixty-second spot will air during the first quarter’s third ad break and will be the first 60-second slot in the game.

“The Heist” begins with intrigue at the Porsche Museum and builds into an electrifying car chase. The featured cars include the 917 K race car, the 918 Spyder hybrid supercar, and the Porsche 911, shown as a 2020 model with modifications for closed-course stunt driving.

Filming locations in Germany include Heidelberg, the Black Forest, and the Zuffenhausen district of Stuttgart where Porsche is headquartered. Many of the cars are part of the collection at the Porsche Museum, where the chase originates.

The Taycan, which launches Porsche into the era of electric power, is capturing the attention of new audiences, according to the automaker.

“The spotlight and buzz around ads at this event make it a perfect venue for reaching new fans — in a fun way that connects with the game’s themes of performance and competition,” said Klaus Zellmer, president and CEO of Porsche Cars North America, Inc. in a release.

“A Porsche is always a driver’s car, and the playful chase in ‘The Heist’ draws a clear line through decades of models to the Taycan. They all share the same soul,” he added.