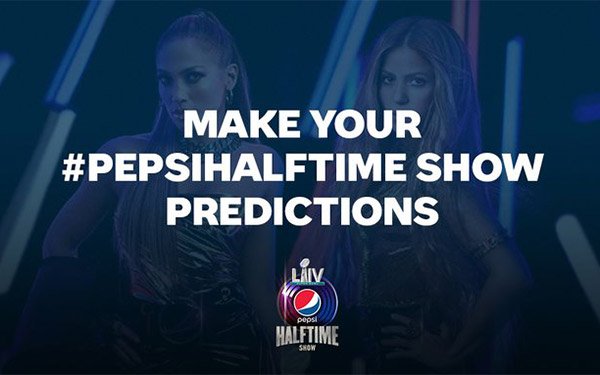 The Kansas City Chiefs weren’t the only champions of Superbowl LIV, on Sunday. A number of brands also put forth winning performances, according to data from Twitter and ad tech giant Sprinkler.

Leading the pack was Pepsi, which sponsored one of the spicier halftime shows in Super Bowl history.

To promote its Zero Sugar product, Pepsi’s Twitter presence got an added boost by inviting users to tweet their predictions for the show, which featured knockout performances by Shakira and Jennifer Lopez.

Throughout the night, the soft-drink giant awarded prizes to people for correctly predicting everything from the number of backup dances who would appear on stage to guest appearances.

Taking the trophy for the most retweeted spot on Sunday was Doritos, which promised to make Billy Ray Cyrus dance if people retweeted its original post at least 1 million times.

Taking the bait, people retweeted away and were awarded with a “Cool Ranch” dance off between Cyrus, fellow musician Lil Nas X and actor Sam Elliot.

Rather, the tech titan’s commercial featured an average Joe using Google Assistant to reminisce about his late wife and the beautiful life they shared.

Simply by employing a sweepstakes, Twitter and Sprinklr recognized Tums as the best performing brand without a Super Bowl ad this year. Despite its lack of any TV presence, the antacid maker was still the fourth-most mentioned brand on Twitter, on Sunday.

Tums is also being credited with “branding” the blue circle emoji, which loosely resembles an antacid tablet.

Separately, Hyundai won the medal for the brand that was best able to respond to social media feedback in real time. Featuring Massachusetts natives Rachel Dratch, Chris Evans and John Krasinski, the car maker’s “Smaht Pahk” ad also employed some Boston-based comedians to banter with Twitter users — and spotlight the wry spirit of the spot.