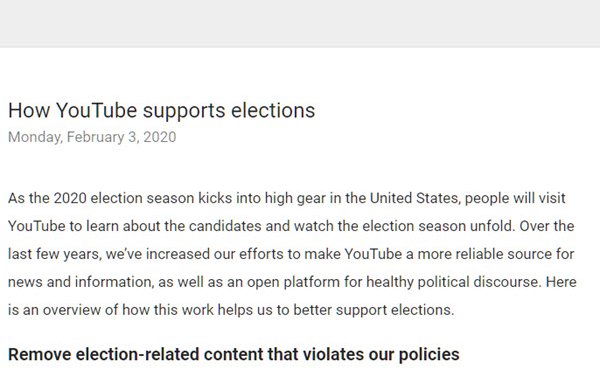 It will also ban content that “advances false claims related to the technical eligibility requirements for current political candidates and sitting elected government officials to serve in office, such as claims that a candidate is not eligible to hold office based on false information about citizenship status requirements to hold office in that country.”

In addition, it will terminate channels that “attempt to impersonate another person or channel, misrepresent their country of origin, or conceal their association with a government actor,” or “artificially increase the number of views, likes, comments, or other metric either through the use of automatic systems or by serving up videos to unsuspecting viewers.”