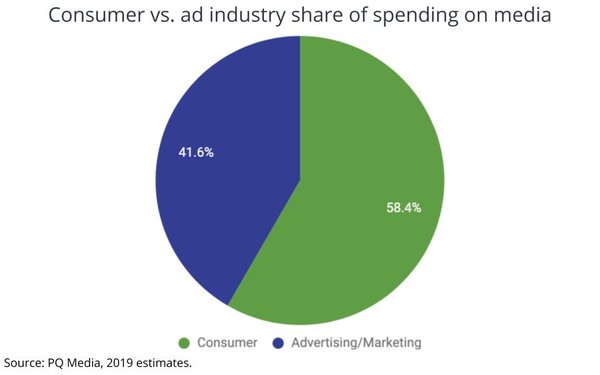 Those growth rates, which are derived from two separate reports -- one released today on consumer spending and one released late last year on advertising and marketing spending -- nonetheless show consumers now outspend the ad industry by a margin of nearly three to two, which reflects the continued shift from ad-supported to consumer-supported models for media.