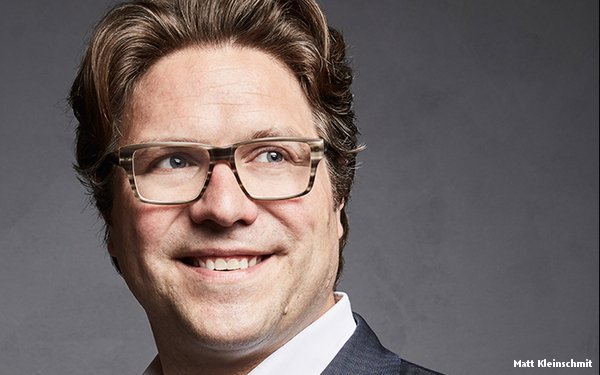 “If you think about social media, people love to share — but they don’t necessarily want to feel like they are a lab rat in an experiment.”

CPG FYI spoke with Kleinschmiton the growing use of chat-based technologies for consumer research being used by such companies as Jägermeister, Johnson & Johnson and RXBAR.

CPG FYI: Since people of all ages have email, why isn’t that a great way to recruit them for research?

Kleinschmit: If you’ve ever taken an online survey, you know that most of those look like you’re taking a test. They’re oftentimes very long, there’s multi-choice grids and very clinical, formalized types of language.

People get into what I refer to as test-taking mode. They start to think about their answers, they’re rationalizing their responses, they feel like they’re trying to provide the answers that the person who is giving the test wants to hear.

CPG FYI: How do chat-based technologies solve for this?

Kleinschmit: It’s a way to engage with people in a more immediate, in-the-moment fashion through the device they have with them literally every moment of the day.

We have short engagements — generally four to seven minutes at a time, using features inherent in a phone, like video.

Instead of us asking someone to type in their responses about why they like a certain product, they can very easily turn on their camera and share a selfie video of them talking about the product or how they use it or what their kids think about it.

CPG FYI: Give us an example.

Kleinschmit: Take Instagram Stories. If someone’s looking at a story tile, they can literally swipe up and go directly into one of our conversational exercises. We can capture their mobile phone information at the end of that conversation and they can opt in to be re-contacted.

CPG FYI:What types of incentives do you offer to get consumers to engage?

Kleinschmit: In most cases, we don’t incent people. What we’ve found is that if you do this the right way — keep the exercises short and engaging, leverage video and GIFs and emojis — what happens is it’s an enjoyable experience.

For the most part, people are very happy and interested in sharing their opinion. Most important is closing the feedback loop by going back to the same people you’ve talked to and sharing a couple of tidbits with them about what you’ve learned.

CPG FYI: What would a basic engagement look like?

Kleinschmit: A pretty common objective is a day in the life, or for lack of a better term, digital ethnography, where you want to understand how a group of individuals or particular target segment live their life. How they structure their day. How they make decisions about which brands they use.

We can ping people a couple times a day or a few times a week at different dayparts and ask where they are or what they’re doing. When was the last time they had a snack, where they were, who were they with, and what were the emotions they were feeling.

CPG FYI: You did ecommerce-focused research for a major CPG company and, while you can’t identify the client, the target audience was people ages 45-plus. That’s older than one might think for people who would actually text you things.

Kleinschmit: We were looking at products that seemed like they should be naturally suited to the ecommerce world but were under-indexing with a particular retailer’s online shopping service.

We brought a sample of consumers into an environment where we could actually record their screen as they were shopping on an ecommerce site, and we engaged with them while they were doing that.

Our client took the results to the retailer and showed them how their shoppers would prefer to have their service organized, and changes they would recommend.