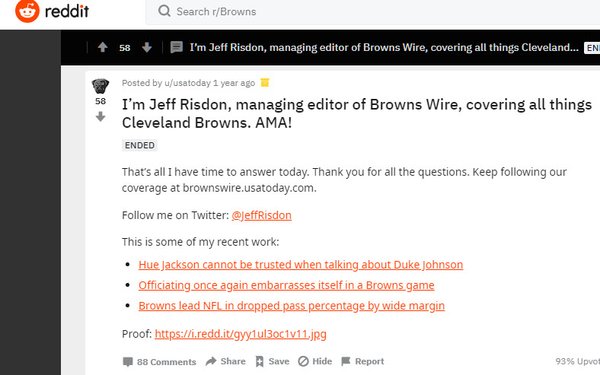 Reddit has partnered with the social media aggregation platform Tagboard to enable more than 250 broadcast properties around the world to incorporate Reddit content and conversations in their entertainment, sports and news shows.

NFL Network and Tegna local news stations are among the first to use Reddit content, including its AMA (“Ask Me Anything”) recaps, photoshop battles, and broadcast features on posts and comments from Reddit communities.

The National Football League added Reddit to its digital marketing channels and began hosting AMAs with NFL players and executives last September, as part of a larger content and advertising deal.