As Under Armour Flails, Marketing Strategy In Question 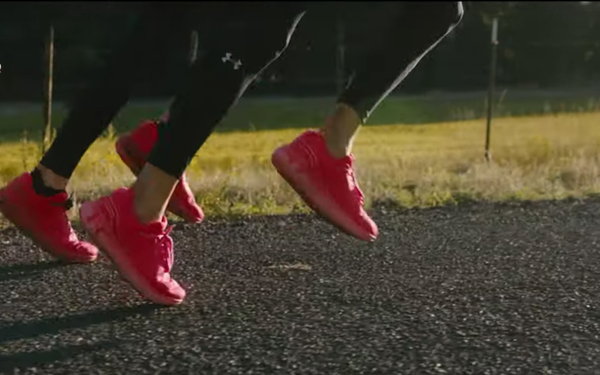 Under Armour delivered unexpectedly lousy news to investors, evidence that its turnaround plan still hasn’t managed to boost sales in the U.S.

Some are questioning whether its new marketing platform -- “The only way is through” -- is the right message, at a time when consumers are less interested in athletic intensity and craving more fashionable athleisure styles.

The Baltimore-based company says its fourth-quarter revenues rose 4% to $1.4 billion, but sales in North America dipped 2%. And it posted a net loss of $15 million, compared to income of $4.2 million in the comparable period.

While insisting that the company is “operationally better” as a result of the ongoing restructuring, President and CEO Patrik Frisk concedes there are still major roadblocks.

“Ongoing demand challenges and the need to drive greater efficiencies in our business requires us to further prioritize our investments to put our company in the best position possible to achieve sustainable, profitable growth over the long-term," Frisk says in the company’s announcement.

Among those decisions?  It may not go ahead with previously announced plans to build a New York City flagship.

But what seems to have rattled investors the most is Under Armour’s somber outlook for the year ahead. For one thing, it anticipates losing between $50 million and $60 million in sales in the first quarter in China, due to the coronavirus.

And in North America, it is predicting a low-single-digit decline, not the return to growth it had previously forecast.

In recent years, Under Armour’s U.S. consumers have gotten used to buying its products at substantial markdowns, and that promotional activity has hurt its image as a premium brand.

And at the same time, sales of performance apparel  -- including running, basketball and other team sports -- have been falling industrywide.

Instead, younger consumers have been flocking to more fashionable athleisure styles.

Last month, the company launched “The Only Way Is Through,” its first campaign under Frisk, who took over as CEO last month from founder Kevin Plank. (Plank continues as executive chairman and brand chief.)

The ads are an ode to the benefits of sweaty, dirty hardcore training, starring UA athletes like Stephen Curry, Tom Brady, Michael Phelps and Kelley O’Hara.

“We commend the marketing refresh,” writes Kimberly Greenberger, an analyst who follows the company for Morgan Stanley, in a recent note. “But we wonder if it bolsters Under Armour’s market share in athleisure apparel, particularly [as] the athleisure trend continues to gain momentum.”

She points out that competitors, including Nike and Lululemon, are winning in both lifestyle and performance categories.

She’s not alone in her criticism, and Frisk addressed the company’s conviction about the new marketing in a conference call for investors.

“There are those who believe our focus on athletic performance may currently be too narrow,” he said in his remarks, transcribed by Seeking Alpha. “We disagree. In fact we see an even greater opportunity to drive harder towards our vision mission. Of course, being an athletic performance [company] requires us to make innovative highly functional product, but it must also be great looking and on-trend.”

He also said the company would amplify its spending on the campaign in the year ahead.