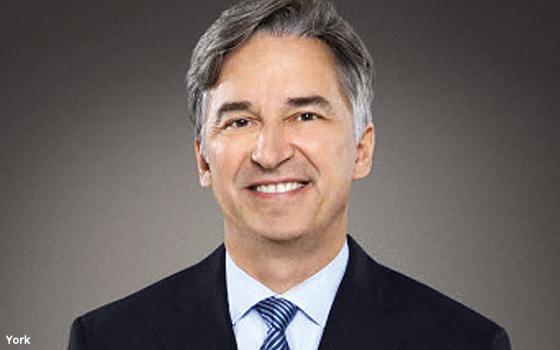 York became the chief programming executive for DirecTV in 2012 and continued in that role when AT&T acquired the pay-TV satellite provider in 2015.

York, known for his toughness as the company’s lead programming negotiator, has also been overseeing Audience Network, a DirecTV original content channel now being turned into a preview channel for AT&T’s upcoming HBO Max streaming service.

York had been at AT&T, as president of content and ad sales, prior to joining DirecTV in 2012.

AT&T Consumer CEO Thaddeus Arroyo released a statement thanking York for having “significantly shaped” the company’s content strategies over his many years of service.

In 2017, the Justice Department settled a suit against DirecTV that accused the company of having colluded with other TV providers, including Charter and Cox, to interfere with Time Warner Cable striking carriage deals for its Los Angeles Dodgers network, Spectrum SportsNet LA. The suit alleged that York was the driver behind the alleged actions.

The settlement required the companies to monitor some of their executives’ communications with competitors, and implement compliance programs, but did not require that any pay-TV company carry SportsNet LA.