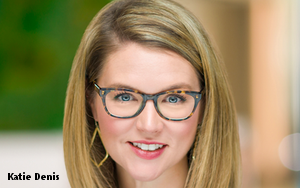 Last month, the Grocery Manufacturers Association became the Consumer Brands Association under the chairmanship of Jeff Harmening, chairman of the board and CEO of General Mills.

The CBA’s mission statement is to act as a “relentless advocate” for consumers when it comes to issues like product affordability, access and innovation, eliminating consumer confusion and “solving large, vexing problems in the marketplace.”

To take the pulse of its members, the CBA recently surveyed 28 CEO or equivalent-level executives on a variety of issues, ranging from federal and state regulations to the impact that digital misinformation is having on consumer trust.

CPG FYI spoke with Katie Denis, CBA’s senior director of industry narrative, who provided an overview of the survey findings.

CPG FYI: Asked about the top influences on their decision-making, 86% cited consumers—followed by shareholder demands and federal regulations at 7% each, and state regulations at zero. That’s pretty big.

Denis: The consumer really is the chief regulator of the industry, and they feel that way. If you think about it, you see it. It’s all over your store shelves. I didn’t see anything that said keto or paleo five years ago, but now it’s everywhere. If the consumer wants something, needs something, we will make it.

CPG FYI: Asked to rate the top issues impacting their business, respondents said their #1 challenge is complying with a patchwork of state regulations. Why is that?

Denis: When you start having to reformulate or label differently for particular states, maybe you can do that once, twice. But if you start to have a completely different patchwork of state regulations, it becomes cost-prohibitive or, in some cases, impossible to get consumers products they rely on.

Denis: I think the biggest frustration for our industry is that a lot of the packaging we make is actually recyclable already. We have abysmal recycling rates and so much of that is because we’ve got nearly 10,000 systems. This isn’t even a state issue. Fifty states seems like child’s play compared to 10,000 different recycling systems.

We launched our Recycling Leadership Council two weeks ago to bring together different stakeholders. We just got together for the first meeting with six senators and Haley Stevens, who runs a congressional recycling task force on the House side, to talk through the issue. No one industry is going to solve this alone.

CPG FYI: The top focus area for respondents in 2020 is attracting and retaining talent. Is that a reflection of the strong economy?

Denis: I think that’s a perennial issue, no matter what industry you’re in. When we’ve got record low unemployment, it certainly makes it more of an issue. It’s one of those issues that I think drives companies to be better and more innovative for their employees so that they can attract and keep the people that they rely on. We have 20 million jobs that are supported by this industry. That’s a ton.

CPG FYI: The top threat to consumer trust is seen as misinformation from such sources as bloggers and social media. What do you make of that?

Denis: It’s all about reliable information. One of the things that stuck out to me in focus groups that we just did is that consumers want companies to be transparent. But they also want to know that they can make sense of the information.

CPG FYI: Conflicting science was cited just below misinformation. Are we talking about things like the battle between plant-based meat substitutes versus animal meats?

Denis: Those aren’t the kinds of issues that we are wading into. We want a consumer-first agenda. So if it’s something that has to do with their safety and well-being and it benefits them, then fine. But other than that, we’re trying to keep a 10,000-foot view and not get into some of those ingredient battles.