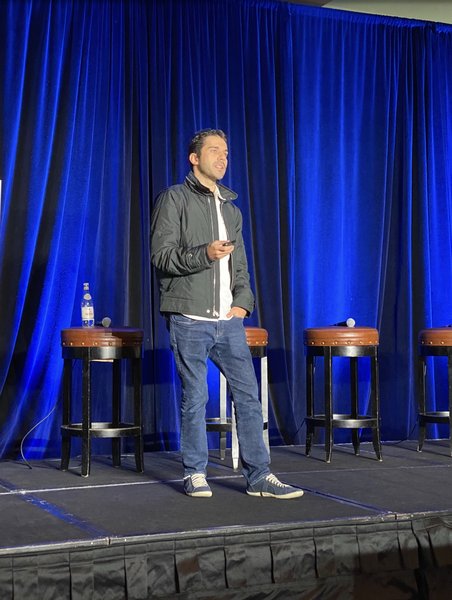 Did you know we scroll through the equivalent of a 13-story building's worth of content every day? So we were told by Jorge Oliveira, lead media, digital & social channels at Burger King. And of those messages, 10,000 are brand messages. "It's hard to stand out," he put it mildly.

But, since millennials prefer brands that have purpose and attitude, Burger King decided it had to "go big, bold or go home."

"I love social channels where a brand can become alive," he told MediaPost's Brand Insider Summit QSR on Monday. "The king is like a majesty, with his own voice, personality, and behavior. TV is more passive. You are forcing a message on someone. Here (on social), it is different. You're pushing a message but all the audience can reply to you, agree, disagree, it's natural."

Oliveira, who is based in Miami and speaks with a Spanish accent, was sometimes difficult to understand. But his videos more than made up for any misinterpretation. He showed videos of campaigns including the Whopper Detour, which won the Grand Prix in Cannes.

"We have to show the brand is part of the culture," he said. "I really love social channels. I have a lot of fun there."