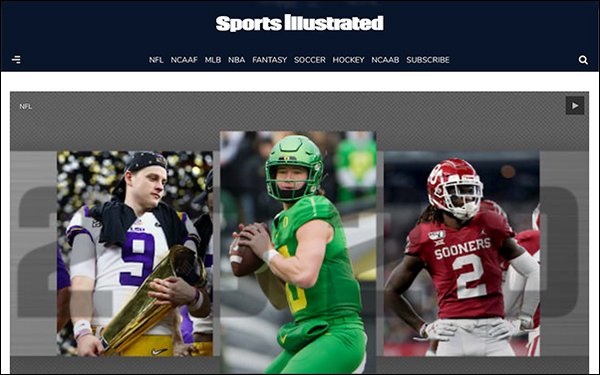 The two entities will create more inclusive sports content for the SI site and social media.

Per the companies' release, more than 80% of the NBA, 70% of the NFL and 45% of the MLB include people of color. In the MLB, many are of Latin heritage. Athletes from Mexico and Latin America are a sizable part of Major League Soccer, too.

Alex Corral, Joe Agency’s founder-CEO, stated: ”Fans, consumers, brands and media companies are living in a time with changing U.S. demographics. What happens off the court and off the field is rarely told through a cultural lens, and this new partnership will cover and share these stories.”

SI's co-editor-in-chief Ryan Hunt told Publishers Daily the content is fluid, but will include "the legacy of Negro league baseball players, the back stories of baseball players of Latin American descent and the most popular Mexican sport most people know nothing about: rodeo."

Hunt adds the content "will be mostly editorial, but some sponsored could be mixed in, that's to be determined."

Separately, Sports Illustrated is reporting steep increases in audience numbers and more over the past few months. Maven Media took over the SI brand in October 2019. According to the company, unique users across its website increased by 36% in January, compared to the same period a year ago.