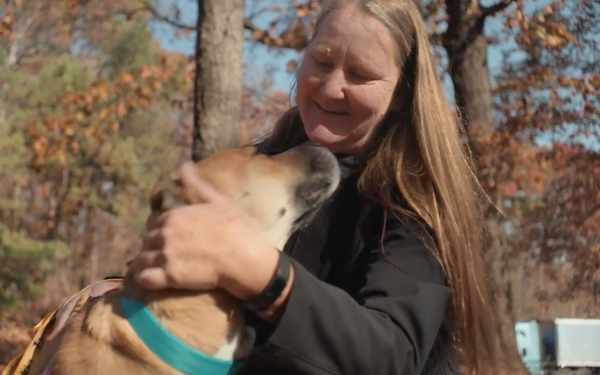 The campaign, from BBDO New York, is called Mutts4Trucks. It features a series of documentary-style videos that capture life on the road of three truckers (Jacinda, Aldrick and Shannon) and their new dog companions, as well as two overview videos. The series can also be viewed on Pedigree’s YouTube page.

The partnership began with a dog adoption event on Sept. 27 at the TravelCenters of America Nashville where truckers were able to adopt a new best friend from the Nashville Humane Association. Drivers also received a car-safe harness, leash and Pedigree dog food.

After the adoptions, the physical and emotional well-being of truckers and their dogs were tracked using activity trackers, facial coding and written surveys.

"We know dogs have mood-boosting effects on the people whose lives they touch, and we also know that life on the road for a trucker can be lonely," said Elizabeth Barrett, Pedigree brand manager, in a release. "The Mutts4Trucks program benefits both dog and driver, because it brings a forever home to dogs in need, while providing truckers with a furry friend for the road.”