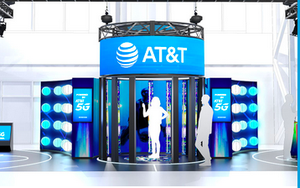 Many telcom experts said the 5G revolution that started last year would begin to flower in 2020 -- and increasingly, that seems to be the case.

AT&T on Tuesday announced it has expanded its 5G service to 13 more markets, bringing the total to 58.

But regardless of the carrier -- AT&T, Verizon or T-Mobile -- asterisks are part of their DNA, as customers know from decades of reading the fine print in their contracts. The 5G service it’s talking about in those 58 places is the so-called low-band 5G. The faster version, 5G+, is available in just 35. (Muddling things up is AT&T’s 5GE, which is simply a better version of the 4G LTE service that’s been around for a while.)

The bigger point may be that all the carriers are now deep into the deployment phase, adding cities at a quick clip. All have their own kinds of asterisks.

Verizon’s high-frequency version is fast but limited. T-Mobile brags that its 5G covers the nation (in truth, not quite, but close) but at slower speeds.

But Verizon pledges to make its top-line 5G Ultra Broadband service go wider this year. It’s available in 35 cities, but Verizon says it will be in 60 cities by the end of the year.

“2020 is going to be a really big year in terms of 5G Ultra Wideband,” said Kyle Malady, Verizon’s chief technology officers, addressing analysts during an investor meeting a week ago, according to Fierce Wireless.  “This is the year that we’re really going to start scaling 5G Ultra Wideband,” he said.

Thaddeus Arroyo, CEO of the AT&T Consumer division, promised that fans at the game could use their 5G phone “to take their dunk to the boards, or sink virtual 4-pointers.”

But Verizon is also in the game. Its 5G Ultra Wideband network is now in 17 NFL venues and seven indoor arenas used mostly for hockey and basketball.

It’s likely that one way or the other, fans will be the first bunch of people to play around with 5G, regardless of who provides it, and how well it performs.