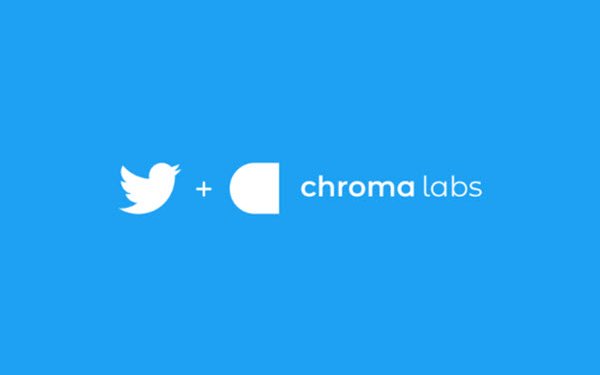 Chroma Labs, founded in 2018 by former Facebook and Instagram employees, created Chroma Stories, an app that lets users edit photos and videos before sharing them on Stories features inside other apps, including Instagram and Snapchat, reports Bloomberg.

Chroma Labs co-founders John Barnett, Alex Li and Joshua Harris and their team will join Twitter’s product, design and engineering divisions as part of Twitter’s push to enhance conversations on its platform.

Toward that goal, Twitter has recently reformatted how conversations look in users’ Home timelines, and enabled them to respond to direct messages with emojis, for example.

While at Facebook, the Chroma Labs founders worked on Instagram Stories, augmented-reality camera effects and Oculus virtual-reality headsets, among other projects.

The group founded the company “to inspire creativity and help people tell their visual stories,” and has enabled creators and businesses around the world “to create millions of stories with the Chroma Stories app” during the past year, the company said in a statement on its site. “We’re proud of this work, and look forward to continuing our mission at a larger scale, with one of the most important services in the world.”

The business is being shut down, but users of the Chroma Stories app will be able to continue to use it as long as the app remains installed on their phones, “and until there is some breaking change in a future iOS update,” they state.

The Chroma Stories app has been installed by about 615,000 users worldwide, according to Sensor Tower.