How A Tweet Earned Popeye's $223 Million In Free Media 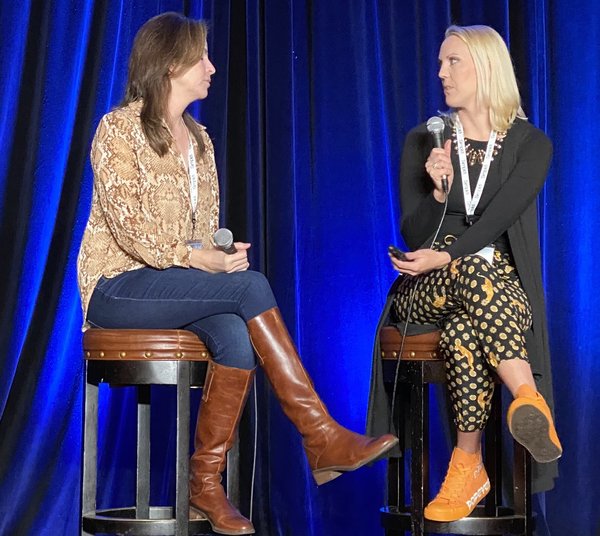 What's to be learned from Popeye's accidental miracle tweet?

Lisa O'Brien (at right with MediaPost's Lisa Singer), brand marketing lead for the company that made QSR history in 2019, spoke to MediaPost's Brand Insider QSR Summit on Wednesday and she had several learnings to share. "The biggest lesson is being ready for change," she said. "Be open to it. Surround yourself with people you trust, who have the expertise to make quick decisions."

To announce the launch of its first sandwich, a fried chicken sandwich, the brand tweeted, "Chicken. Brioche. Pickles. New. Sandwich. Popeyes. Nationwide. So. Good. Forgot. How. Speak. In. Complete. Sandwiches. I mean, sentences." Competitor Chick Fil A retorted, "Bun + Chicken + Pickles = all the [heart emoji] for the original."

Popeye's ad agency brought that tweet to the marketers and, in less than three hours, out went this tweet: "... y’all good?" And all hell broke loose.

Overnight, sales doubled. Its restaurants had lines out of the door and cars lined up for the drive-thru down the block.

But within a few weeks, the QSR ran Out. Of. Chicken. Recipe for disaster?

It might have been but because of the way the company is run, "the way we are all collaborative" -- streaming on What'sApp with the CMO, the legal department, ad agency, accounts people as well as creative -- allowed the company to gather its wits and announce that it had sold out of the product.

"It was a strange time of the most exciting thing that had happened to us in our careers," O'Brien said. "Internally, we got to a point where we had to decide whether to keep having a little supply and make people mad? Or do we stop, regroup, get more suppliers -- we more than our doubled number of chicken suppliers -- and get ready properly to relaunch?"

Popeye's was inspired by some people coming in with their own supply of bread when filets were available. It came up with a "promo that was not a promo," she said. BYOB (bun) had people coming in, ordering three chicken tenders and essentially making their own sandwich.

Then it told customers that it would announce the relaunch of the sandwich on its app, which then hit its sign-up goals because people wanted to be the first ones to know.

"Every time we did something, we got another billion or two impressions," O'Brien said.

So what else did Popeye's learn? "Keep looking for those opportunities, use your own voice, be consistent. Join conversations. One of them could get you $223 million in earned media."