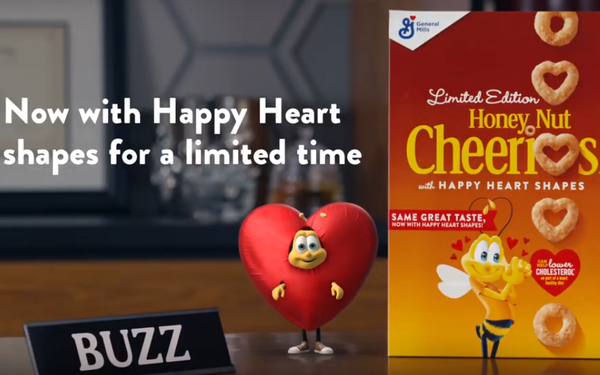 It’s bad enough that generational breakfast preferences have been eating away at sales of traditional cereals for several years. But just as cereal giants like General Mills, Kellogg and Post are beginning to see daylight again, just about every major quick-serve restaurant has -- or is about to -- enter the breakfast space.

There are a few bright spots in the U.S. cereal category -- mainly health-related positioning and sweet flavors -- while many adult-oriented iterations continue to struggle.

Nonetheless, General Mills heralded what it estimates as flat retail sales in 2019 in the $8 billion U.S. cereal category during a presentation yesterday at the annual Consumer Analyst Group of New York conference in Florida.

Chairman and CEO Jeff Harmening noted positive “macro and demographic trends,” including a “stabilization in the balance of breakfast eaten at home versus away from home, as well as a return to growth in the number of households with kids in the U.S.”

According to Harmening, General Mills had five of the top six new cereals in the company’s first half of fiscal year 2020, including Blueberry Cheerios, Trix Trolls and the licensed Hershey’s Kisses brand -- all of which occupy the “growing taste-cereal segment.”

On the premium end, the company introduced $13-per-box Morning Summit, a mixture of almonds, dried fruits, whole-grain cereal flakes and pumpkin seeds. Its newest entry in the United Kingdom is the probiotic brand GoodBelly.

To inject new life into Cheerios, General Mills has temporarily replaced the longtime circular design with heart shapes to appeal to people concerned about heart ailments, as this commercial shows.

“Early results are quite promising, with Cheerio retail sales up five percent in the U.S. over the last 13 weeks,” said Harmening.

In its most recent earnings call with investors, Post Holdings fielded multiple questions from analysts seeking insight into the impact on cereal sales of expanded QSR breakfast offerings -- or, as Evercore ISI’s David Palmer put it, “breakfast wars.”

In response, Post president and CEO Rob Vitale said the company was making an early move into the sweet-cereal space with its licensed Oreo O’s.

“And there was a competitive reaction to that, as we would expect,” said Vitale, citing “an onslaught of innovation based around licensed sweets from both Kellogg's and General Mills. And we've seen just greater competitive intensity as that demand state gets potentially oversaturated.”

On Feb. 6, Kellogg Co. chairman, CEO and president Steven Cahillane reported a “meaningful moderation” in the decline of the company’s cereal product sales in North America in the fourth quarter of its fiscal 2019.

“In the quarter, our consumption declined by less than one percent, compared to our full-year consumption being down almost three percent. That's a significant moderation.”

Bright spots included “taste/fun” segment brands like Frosted Flakes, “as well as growth in brands like Froot Loops, Corn Pops and Krave, where we ramped up our commercial activity.”

What about Kellogg’s all-family segment, with brands like Frosted Mini-Wheats and Rice Krispies? “We just haven’t fixed [that] yet, and we own that and we have to get to it,” said Cahillane.