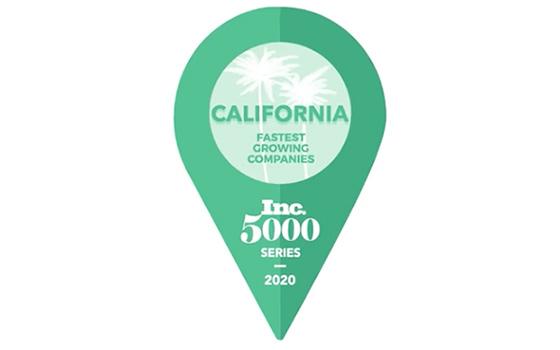 is expanding its annual 5000 list with the launch a regional spinoff series. The series focuses on five specific states or regions, with lists recognizing its fastest-growing companies.

“The Inc. 5000 is a great honor — companies need to prove tremendous growth to be named to the list — which makes it an exclusive flagship event,” Scott Omelianuk, EIC of Inc., told Publishers Daily.

“But at those events — seeing the support, networking, and knowledge exchange that occurs among entrepreneurs made us realize how useful Inc. could be as a facilitator more than just once a year. The regional events are an opportunity to amplify how we serve the American business community,”  he added.

California’s list launched this week, noting the state’s 250 fastest-growing private companies. Inc. notes the total combined revenues from those businesses rose 168% between 2016 and 2018, resulting in $5.5 billion, and created 26,000 jobs.

On average, companies included in California’s list grew 422% during the same two-year period.

Other cities and regions set to be recognized through the franchise include the Washington, D.C. metro area on February 26, Texas on March 13 at SXSW, Florida on March 18 and the Midwest on March 25.

To date, sponsors signed onto the new franchise include ActOne Group Global, Insperity and Thomson Reuters.

Winners of each list will be honored at events, including one in May for the first California-centric list.

“The regionals have the added benefit of connecting people within ecosystems — too many founders spend too much time working in isolation and any opportunity to bring them together is a win,” said Omelianuk.

“We see enormous value in fellow founders and business heads being able to make relationships locally, share solutions and even work through regional problems — becoming a talent magnet, for example — together.”