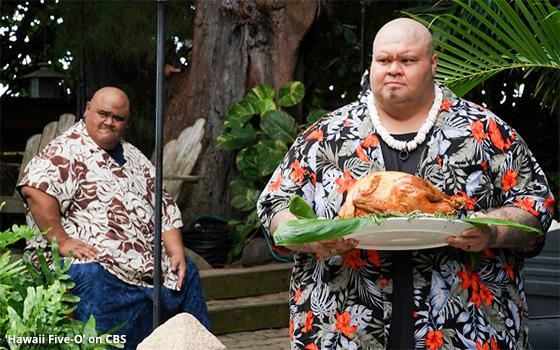 In 2010, it did not seem all that farfetched that someone would put together a new version of the old “Hawaii Five-0.”

It had been 30 years since the original ended its run on CBS in 1980 after 12 seasons. Police work, and the world in general, had changed.

The generation that grew up on the old “Hawaii Five-0” starting in 1968 (just nine years after Hawaii became a state) was being replaced by a whole new target audience with no relationship to the old show.

And now, the new “Hawaii Five-0” (pictured above), which technically has not been new for many years, is ending its own run on April 3 with a two-hour finale, according to an announcement from CBS this week.

Will there ever be another? If history repeats itself, then the next “Hawaii Five-0” should arrive 30 years from now, in 2050. What will TV be like then?

If the changes wrought in the TV industry in the 40 years since the old “Hawaii Five-0” ended are any indication, then the make-up of TV in 2050 possibly cannot even be imagined (or maybe it can by people a lot smarter, or at least more prescient, than I am).

Maybe some readers of this TV Blog can answer this question: Did anyone in 1980 foresee anything like the TV business as it is now currently structured?

I am sure there are more, especially if you include all of the game show remakes on ABC -- from “To Tell the Truth” to Match Game.”

In 2050, which shows might networks and producers dig up from our era to remake (if there are networks in 2050)? “The Big Bang Theory”? “Parks and Recreation”? “NCIS”? Who knows? Maybe “The Office” and “Friends” will eventually be redone.

Or will TV be so walled off and compartmentalized by 2050 (and for a decade or two before) that TV brands from the now-distant past as familiar to all as “Magnum” or “Hawaii Five-0” might not even come to exist?

If this is to be the case, then the era of remaking TV series with titles from the era 20 and 30 years ago when network television was dominant might now be coming to a close.

As the years go by, the familiar titles of TV’s yesteryears will likely cease to be meaningful to new generations that have no relationship with them. By 2050, they will likely be receiving and consuming video content in ways most of us cannot foresee.

So, aloha to “Hawaii Five-0.” It has been nice knowing you, and all of the other shows from the ’70s, ’80s and ’90s that most of us grew up on, and that occasionally get remade.

We are not likely to see your like ever again, especially by 2050.