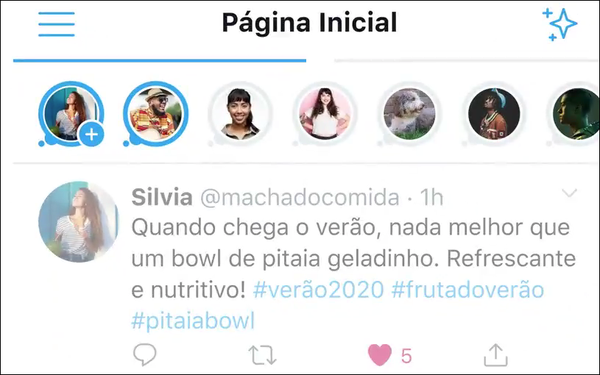 Arriving late to the ephemeral content party, Twitter is testing a feature that will turn tweets into digital dust after 24 hours.

Only available in Brazil for the moment, Twitter is calling the disappearing messages “Fleets,” because of their fleeting quality. “We are experimenting with a new way for you to ‘think aloud,’” Twitter Brazil tweeted on Wednesday.

In addition to its short-lived existence, “fleets” cannot be liked or retweeted. Nor can Twitter’s community comment on them.

It has been nearly a decade since Snapchat reshaped the social-media landscape with its fleeting message feature. Since then, Facebook Inc. an-d other platforms have waded into the world of ephemerality, but without achieving the same success as Snap Inc.

Why Twitter is testing such a feature now is unknown, but the company has recently been on something of a product development binge.

Late month, for example, it launched a “Continue Thread” button, which lets users attach additional thoughts to their existing tweets. The change was intended to make it easier for users and their followers to put new comments into the proper context.

Threatening Twitter’s current leadership structure, Republican mega-donor Paul Singer just bought a large stake in the company, and he is apparently not a Dorsey fan.