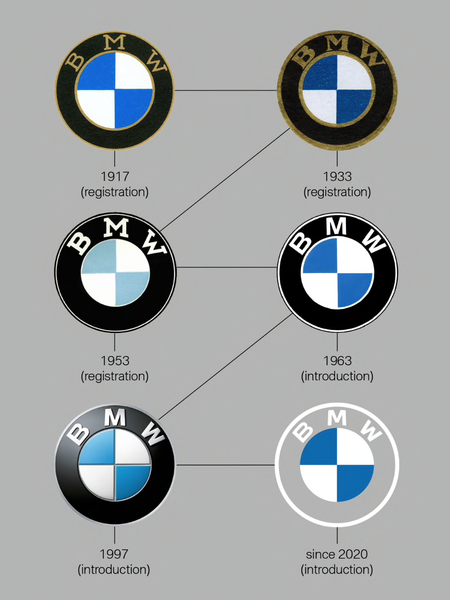 BMW is showing off a new iteration of its traditional round logo.

The automaker says it will not be used on production vehicles and is only intended for the website, social media and other communications. However, the logo is on the hood of its concept i4 vehicle, an electric car that made its debut Tuesday during an online news conference held in lieu of unveiling the vehicle at the Geneva Auto Show, which was canceled.

The new logo still includes the blue and white colors of the Bavarian state in the middle, but BMW appears in a new font.

“We want to use this new transparent version to invite our customers, more than ever, to become part of the world of BMW,” Thiemer said in a statement. “In addition, our new brand design is geared to the challenges and opportunities of digitalization for brands. With visual restraint and graphic flexibility, we are equipping ourselves for the vast variety of touchpoints in communication at which BMW will be present, online and offline, in the future.”

The redesign makes sense given that most consumers get their information via mobile phones, says Howard Belk, co-CEO and chief creative officer of global brand strategy and design firm, Siegel+Gale.

"In short order it won’t only be BMW aficionados that make the immediate association between that very simple graphic element and BMW. From there it is easy to imagine future branded experiences and products where the letters BMW don’t even appear.”

Another German automaker, Volkswagen, also unveiled a new logo in September at the International Motor Show Germany in Frankfurt.