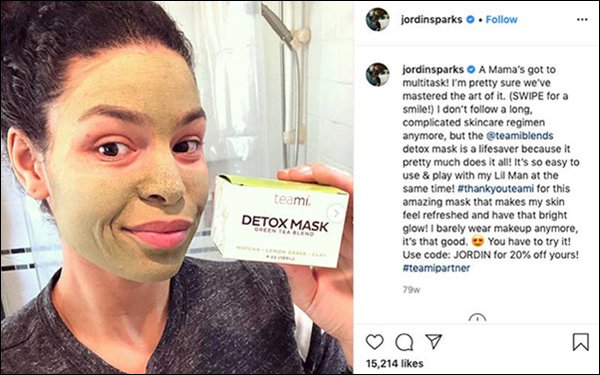 The FTC's complaint, unveiled Friday, also alleges that Teami made unsubstantiated claims that its teas and other products have health benefits -- including treating cancer, reducing cholesterol, and spurring weight loss.

Teami and its officers agreed to pay $1 million, which will be devoted to reimbursing consumers. The company also agreed to refrain from making unsupported health claims in the future.

The FTC stated that the proposed settlement “demonstrates the Commission’s commitment to battling digital misinformation.”

“Across the board, the Commission is committed to seeking strong remedies against advertisers that deceive consumers because deceptive or inaccurate information online prevents consumers from making informed purchasing decisions and creates an uneven playing field for those that follow the rules,” the agency stated.

The FTC also sent warning letters to 10 Instagram influencers, including 2007 American Idol winner Jordin Sparks and celebrity Cardi B. The agency told the influencers that even though their posts included disclosures, they weren't prominent enough.

For instance, the letter to Sparks -- which referenced her Aug. 28, 2018 Instagram post endorsing a green tea “detox mask” -- found fault with the placement of her disclosure.

“Although the ... Instagram post includes the disclosure '#teamipartner,' the disclosure was not visible to followers viewing the post in their Instagram feeds unless they clicked 'more,'” the agency wrote. “Thus, it was not clear and conspicuous.”

The agency's move comes almost two years after it reached out to 90 influencers to remind them to disclose paid promotions.

"Consumers should be able to notice the disclosure easily, and not have to look for it," an FTC official wrote at the time, adding that the disclosures should appear above Instagram's "more" button.