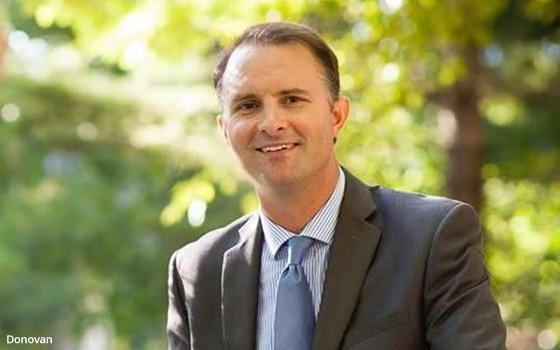 “Clearview's acts are unethical, immoral, and against all social norms and policies,” Donovan's office writes in papers filed Tuesday in Vermont Superior Court. “The state urges that the people of Vermont immediately be set free from Clearview's dystopian surveillance database.”

The Attorney General claims Clearview is engaging in “unfair” practices and is seeking a court order requiring Clearview to stop collecting photos of Vermont residents, and to destroy all existing photos and facial-recognition identifiers of state residents.

Clearview, which came to public attention earlier this year, says it offers a facial-recognition database to police departments and other “security professionals.”

While Clearview hasn't publicly disclosed names of its customers, BuzzFeed reported recently that Clearview's clients include US Immigration and Customs Enforcement, the US Attorney's Office for the Southern District of New York, and Macy’s.

Clearview reportedly created the database by scraping billions of photos from Twitter, Facebook and other companies, then deploying facial-recognition technology to create a faceprint database.

Donovan's complaint takes broad aim at facial-recognition technology, arguing that its use can in itself deprive people of civil rights.

“Once entered into a facial recognition database, the individual loses an enormous measure of anonymity, privacy, and freedom,” the complaint states. “That individual can now be picked out of a crowd by anyone, be it a government, corporation or criminal. Every instance of that person's appearance on the internet, be it in the audience of a rally, a mugshot, dining at an intimate restaurant, a reflection in a mirror, or cheering their child at a little league game, can suddenly be pulled together into a single surveillance dossier from which they have no ability to opt out.”

Donovan also argues that consumers didn't expect that photos they posted to social media sites would be used to create faceprint databases, given the “strong norms” against facial-recognition technology.

“There are strong social norms against the type of mass-collection and facial recognition implemented by Clearview,” the complaint asserts. “Given these norms, consumers have been uploading their photographs to the internet under the reasonable expectation that their photographs and those of their children would not be added to a massive facial recognition database.”

Since news about Clearview came to light, the company has faced widespread criticism. Tech companies including Twitter, Google and Facebook have demanded that Clearview stop scraping their sites for photos, several people brought a class-action privacy complaints, and New Jersey's attorney general told state prosecutors to stop using the service.