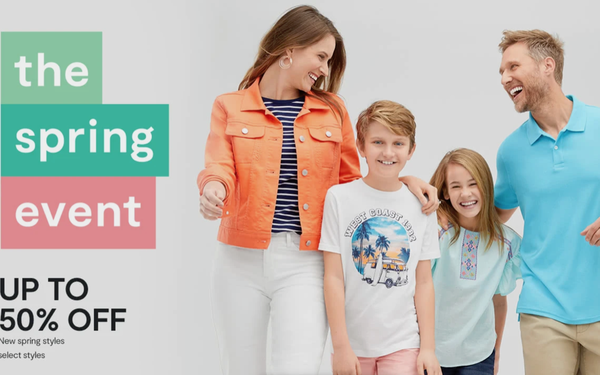 Retailer behavior amid the current COVID-19 pandemic is turning out to be a yardstick for just how dysfunctional (and desperate) the industry can be.

The healthiest stores had the luxury of acting fast. Apple was among the first to say it was closing stores, followed by the predictable parade of best-in-class brands, including Nordstrom, Nike and Warby Parker.

As early movers, those brands benefited from headlines and coverage that make them look forward-thinking, benevolent and responsible.

The next wave of closure announcements -- including Macy’s, Sephora, H&M, the Gap and Victoria’s Secret -- probably helped those brands, too, though to a lesser degree.

Luxury retailers looked sensible and self-aware for closing. Not even Tiffany & Co. would argue that diamonds are essential during a pandemic. Doubtless, employees are appreciative, even if many in the retail world won’t be paid during these shutdowns.

Then there are the chains making harder decisions: those that sell essentials and are struggling to find ways to keep employees and vulnerable consumers safe. Target, Dollar General and Stop and Shop, a New England supermarket chain, are offering hours just for older shoppers, for example. Others are stretching omnichannel offerings of delivery and curbside pickup as never before. And Walmart just committed $25 million to frontline crisis organizations.

That leads us to take a closer look at the retail villains. They are the ones issuing plenty of vapid “we care about your health” statements, but insisting employees come to work. And many are trying to tempt shoppers into stores against public-health advice.

Among them? JC Penney, Kohl’s and Best Buy, all incurring a fair amount of public wrath. (And don’t even get us started on Whole Foods Market's announcement last week that rather than pay sick workers to stay home, its employees should share unused vacation time.)

As I wander through the Twitter feeds, irate employees are fueling much of the outrage. But at least a few consumers are shocked, too. Vice’s recent piece on Best Buy thumbing its nose at virus warnings -- “Best Buy Is Working 'Full Capacity' During Coronavirus, Despite Huge Risks” -- seems to have hit a nerve.

“In 'the new blue,’ you put a large emphasis on supportive technology for the aging population and those most vulnerable. — Having employees continue to work essentially puts that population you pledged to help in harms way! Close the stores!,” writes one commenter.

“Hey, Best Buy, what was that ad I saw about 'being human’? #shame,” reads another comment.

Kohl’s also continues to earn internet scorn. “Really disgusted at @Kohls for staying open during this uncertain time. This company has chosen $ over lives,” reads one tweet.

Not surprising is that both chains, along with JCPenney, are in especially choppy waters, fighting a seemingly losing battle against ecommerce competitors.

COVID-19 has caused retail sales to plunge in China, Italy and around the globe. The U.S. won’t be an exception. And Marketing Daily suspects that the retail brands that don’t survive will be the ones that put employees -- and as a result, consumers -- last.

Update: Since this piece published, JC Penney has shut its stores temporarily. And Best Buy says that next week, it will allow only small numbers of shoppers into its stores to allow for social distancing.