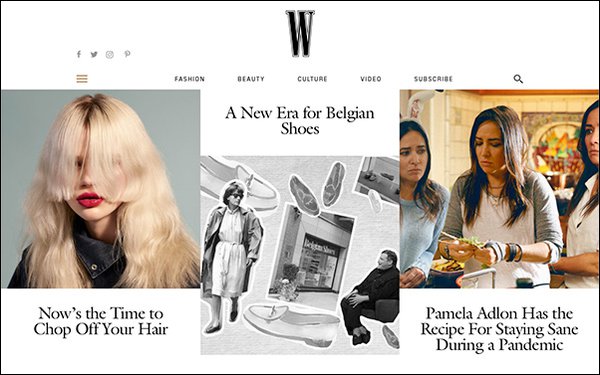 Future Media Group’s fashion-focused magazine W has furloughed its staff as a result of the COVID-19 virus. The company has let go of 17 of its 58 employees, according to the New York Department of Labor records, cited by the New York Post.

Marc Lotenberg, CEO of Future Media Group, told The New York Times that W magazine is currently in “survival” mode. “The bottom has dropped out of the luxury market,” he said.

The digital team is continuing to work, with reduced pay.

The magazine’s next print issue was scheduled for publication in May. It is being postponed indefinitely.

Future Media Group’s CFO Sam Recenello has left the company, according to The New YorkTimes.

Separately, The Daily Beast reported BuzzFeed is also cutting its employees' pay in light of the impact of the COVID-19 virus on the economy.

The company announced a salary reduction for most employees for the months of April and May, according to an internal memo obtained by The Daily Beast.

CEO Jonah Peretti will not be taking a salary for now. The cuts in pay, he said, are being made so the company will not have to let employees go.