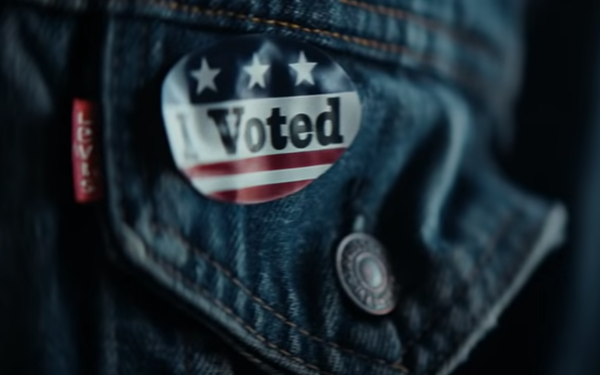 Gen Z-ers, who have long been leading marketers on a merry chase, seem to have given branding experts the slip again.

For more than a year, pundits have painted these kids as a fast-building wave of activism, virtually unreachable through traditional media. The only way brands could reach them, the thinking went, was to build a bridge to their passions through cause marketing.

Levi’s “It’s your vote,” Nike’s many efforts for racial justice or Aerie’s body positivity were just a few of the campaigns from companies throwing big money into that belief in Gen Z activism.

But in recent primaries (I know, they do seem like they were years ago), youth turnout was low. That’s left brands wondering if they got these kids wrong after all.

Marketing Daily checks in with Kei Kawashima-Ginsberg, Ph.D., an expert on youth voting and civic engagement at Tisch College of Civic Life at Tufts University.

Marketing Daily:Many people were surprised by low youth turnout in primaries. In many states, it was flat or down. Is Gen Z less interested in change than we thought?

Kei Kawashima-Ginsberg: I don’t think so. It’s true the numbers were down. But the 2016 election was different in that we had an open seat for both primaries. We did have more active youth participation that year, but most of that was in the Republican primary, not the Democratic one.

And typically, very few young people engage in primaries. In many states, you have to be registered to a party to vote. And in the 18-to-21 age group, at least a third are unaffiliated. They’re still forming their political identities. They haven’t gotten into the habit of voting in every single election.

Marketing Daily: But didn’t many expect that to change this year?

Kawashima-Ginsberg: It is changing, due to a strong investment in voter registration. Take Texas, which has a very diverse, heavily Latino population, and because of that, a young electorate as a whole. Typically, it’s always had low turnout.

But about three years ago, organizations began reaching college campuses and communities. The number of young people voting tripled in the 2018 midterms, compared to 2014.

It’s also important to remember that when people are relatively OK with how things are going with a primary, they're not going to come out to vote.

Marketing Daily:The Bernie Sanders campaign has said it is disappointed in the youth response. And there are plenty of experts who say young people will never vote for a moderate like Joe Biden. True?

Kawashima-Ginsberg: We did polling after the 2018 election. Biden was the most popular at that time, perhaps because he was the most recognizable name.

Marketing Daily:It’s true. He’s like the Coca-Cola of Democrats. But are experts right about sharp divisions between moderate and progressive?

Kawashima-Ginsberg: Certainly, there are a lot of influencers who say that. But if you’re a young person just getting started in your political life and you haven’t been paying much attention, you may just want a non-Trump. The media should be careful not to paint all young people as Bernie supporters. They also forget there’s also a lot of young Republicans. It's about 28%. A little bit more than a third are Democratic. And a third are unaffiliated.

Marketing Daily:Advertisers struggle to reach this crowd. Does that include candidates?

Kawashima-Ginsberg: Yes. This age group doesn’t buy into mainstream media. In some ways, they do have a poor media diet. But young people are actually careful about what to believe. They’re more sophisticated than their parents. Pew’s research has shown they’re actually less vulnerable to false information than older generations. And because they were born into the information age, they have a better sense of tuning things out to protect themselves.

COVID-19 will add to the advertising challenge.

[Gen Z-ers] move often, and may be first-time voters. Getting registered is how you hear from candidates. If campaigns can’t find them, then nobody's going to talk to them. That concerns me.

Marketing Daily:Do you have a prediction about what Gen Z turnout will be in November?

Kawashima-Ginsberg: There is a lot of potential for young people to feel activated because of what's been happening to them. The Parkland shootings happened when they were in high school. Now the virus is changing everything in their college years. They’re losing their entire spring semester.

We know they can do it [and show up to vote]. Look at the [big] youth turnout in 2018. Those were midterms, and we didn’t expect it.

Marketing Daily:What advice do you have for brands, causes and candidates?

Kawashima-Ginsberg: Be practical, offering basic information about what they need to register to vote. I’d reach out to those who are still 17, and help them preregister. Use social media more, to help them mobilize and be more active with each other. Find ways to get them interested in Senate and Congressional races, and in local elections.

These kids are very interested in what happens in their communities.

Kawashima-Ginsberg: Yes. And now that so many are home from college abruptly and schools are closed, they’re looking for things to do. They’re saying, “Here we are. What can we do now?”