'You Wanted A Reality Show Host As President, Well Now You're On Survivor' 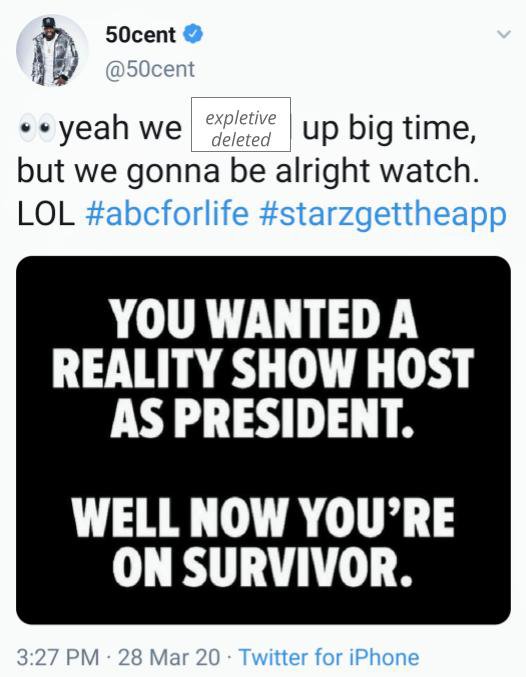 "You wanted a reality show host as President. Well now you're on Survivor."

I don't know who created that meme, but he or she should join Joe Biden's campaign, because there's no more effective message for the 2020 race as Americans of all political persuasions realize that having a reality TV show host as President, may at best be entertaining, but at it's worst, it is horrifying.

But that's what we have folks, and he reminds us of it all the time, boasting about the TV "ratings" of his national health crisis press conferences, as if Americans are tuning in to watch him, and as if it is affirmation of what a good job he's been doing. It's not even the right metric, and trumpeting it as a meaningful measure makes us all feel how detached he is from the reality he is hosting. 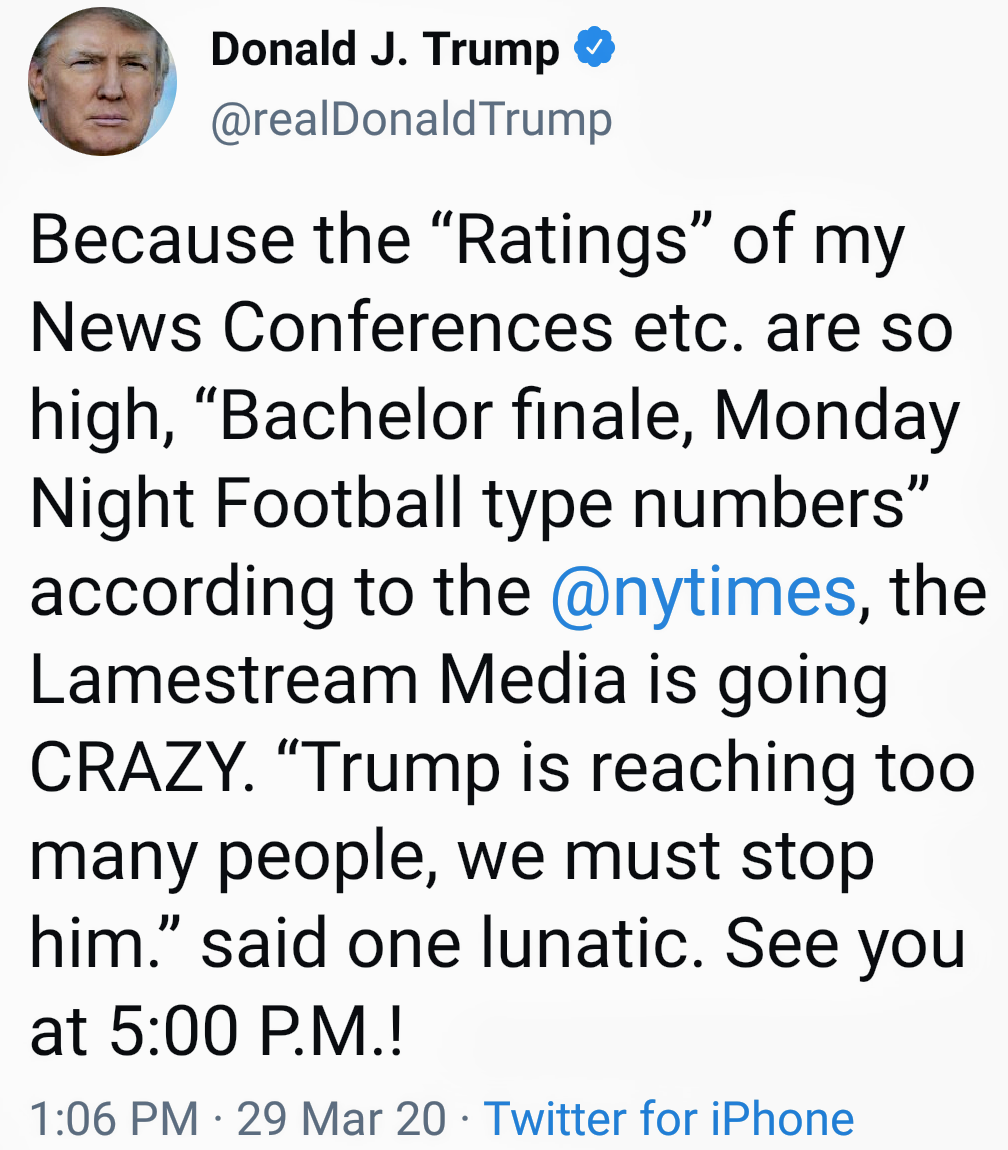 Americans are tuning in at record numbers for two reasons: 1) Many are stuck at home due to state or community mandates, or just self preservation; 2) Most of us are scared out of our minds and hoping we'll actually learn something that can help us between all the sideshow histrionics -- self-aggrandizing over his handling ("I'd give myself a 10"), battling self-imposed foes (mostly the press), or just his standard gaslighting.

As entertaining as some might find our reality TV show President in "normal" times, there is something about being in a literal episode of "Survivor" that makes his performance even more alarming for the rest of us.

I've always believed his success wasn't attributable to one thing, but was a combination of performance arts: his natural improvisational instincts, combined with his finely honed PR and Hollywood production experience, plus some good old-fashioned grifting.

It has served him well through some minor American crises -- a few Constitutional ones, trade wars, some actual war or potential ones -- but this time it's personal. Very personal.

While models are just projections until we see their outcomes, the current ones the White House is projecting -- between 100,000 to 240,000 American deaths -- means we are all likely to feel the effects of this crisis in very personal ways. And those numbers may be conservative, as the White House says they are only attainable if we achieve the most optimum "mitigation" possible.

When people ask me how I'm doing, I usually respond, "so far, so good," but I feel like we are in the calm before the storm. But no one will really know until it's over, including how much is just a media effect.

"The problem is the obsessive media coverage is making us hysterical," Bob Guccione Jr. said while we were discussing it over the weekend.

“Sixty-one thousand people died of the flu two years ago. Thirty-four thousand died last year. And in the end, I think the [COVID-19] death toll is going to be a lot less than that," he continued.

I hope he's right. But even if he is, I disagree that this is just media hype, any more than the obsessive wall-to-wall weather reports are when a Category 5 hurricane is approaching a populated area. Yes, it's hysterical, but for good reason -- and if it moves some people to alter behavior they otherwise would not have changed without some hysteria, I think that's a good thing, not a bad thing.

Does it makes us nuts, yes. But sometimes it's good for us to go nuts, because that's the only way some people will do the right thing and take the necessary steps to make it to the next episode of "Survivor."

During our conversation, Guccione asked me why the media doesn't cover the flu he way it's been covering COVID-19. Putting aside the magnitude of epidemiological difference between the two diseases, I said, "maybe the media should."

If the media covered the flu the way it covered COVID-19, it might influence enough people to save tens of thousands of lives each year. I mean, there actually are ways of combating the flu, starting with vaccinations, but also adopting some of the same protocols for battling COVID-19.

Honestly, I think the media should start covering more existential threats with the same "hysteria" it has been covering the current pandemic, especially climate change, because in the long run, there's nothing more threatening than that. And if the only way to change human behavior is to make us hysterical, well, then I'm all in favor of it.

I don't understand climate change deniers, any more than I understand COVID-19 deniers, including some members of my own family.

But I'm starting to see some of them break ranks.

"How can you have a scoreboard that says 2,000 people have died, and tell us it's okay if another 198,000 die? That's a good job? How is that a good job in our country?," popular sports radio host and a diehard supporter of the President Mike Francesca said during an incredibly emotional broadcast Sunday (see below).

I point this out, because to me, Francesca embodies the kind of deniers I know best, White, angry, working class people from Long Island that were happy to have a reality TV host as President, because if nothing else, he owned the Libs.

Well now, they're on "Survivor" with the rest of us too.

covid-19, news, politics, television
15 comments about "'You Wanted A Reality Show Host As President, Well Now You're On Survivor'".
Check to receive email when comments are posted.
Read more comments >
Next story loading