For TNT, Shaq, Not Ali, Is The Greatest Of All Time 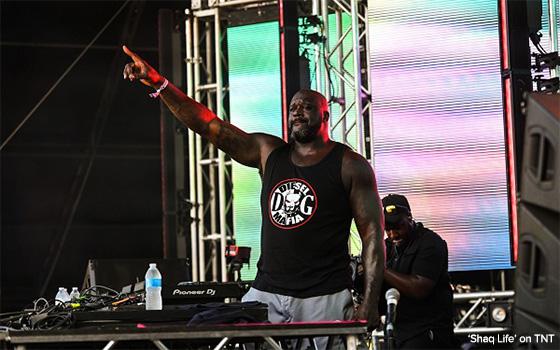 For the rest of us (constituting, basically, most of the world), spending a half-hour watching Shaq live his life is not something that would rank high on our lists of activities we engage in to pass the time.

And unfortunately, there is nothing in particular in the season premiere of “Shaq Life” to elevate the celebrity docuseries in general, or otherwise motivate anyone who is not a particular Shaq fan to suddenly sit up and pay attention to this man’s life.

Let’s start with this show’s worst characteristic -- namely, that it is possibly the most puffed-up puff piece ever produced in any medium about any celebrity ever.

And if that last sentence reads like hyperbole, then it served its purpose since it approximates what it is like to listen to the narration in “Shaq Life.”

The voice doing the narration is none other than Samuel L. Jackson, a movie star who admits right at the get-go that he never narrates TV shows.

But when Shaq called, how could he say no? I don’t know, Sam -- how about taking a piece of advice from a Reagan Era anti-drug program: Just say no. It would have been that easy.

He then goes on to make many over-the-top statements extolling the greatness of Shaquille O’Neal. But when he describes the Shaqster as “one of the greatest renaissance men in all of history,” you know you have crossed over into a whole 'nother dimension of p.r. puffery.

Stop and think about it for a moment: Shaquille O’Neal is not only a renaissance man, but "one of the greatest in all of history."

Many people will agree: Shaquille O’Neal is an NBA Hall of Famer, TNT Sports personality and apparently a wealthy and successful spokesman for a slew of nationally advertised brands, including Papa John’s Pizza (for which he is also a corporate board member), Icy Hot, The General (car insurance) and others. But Leonardo Da Vinci he is not.

Getting past all the hyperbole in order to find something to enjoy, or at least relate to, in “Shaq Life” proves nearly impossible. In the first episode, the only endearing segment is the one in which Shaq treats a lower-income high school teen to a new pair of shoes and suit so he can go to his 8th grade dance in style.

It is clearly a nice gesture, and generous too (in all, Shaq spends nearly $7,000 in this Atlanta shoe store that specializes in large sizes for men such as himself).

Probably, the idea of producing a docuseries about Shaquille O’Neal was irresistible to the powers-that-be at TNT. After all, Shaq is one of the stars of the network’s NBA coverage. And the man is literally larger than life. On TNT’s NBA telecasts, Charles Barkley hilariously refers to O’Neal as the world’s biggest human.

But when you come right down to it, Shaq’s life is not all that interesting. Or at the very least, this show does not make it so.

As a matter of fact, this kind of celebrity docuseries TV show was once a red-hot genre in the TV biz, jumpstarted way back in 2002 with the premiere and phenomenal success of “The Osbournes” on MTV.

A slew of such shows followed, with most of them disappearing quickly (Dee Snider, David Hasselhoff, Sinbad and Farrah Fawcett come immediately to mind, but there were many others).

One of the few that is still with us is “Keeping Up With the Kardashians,” but that show and its now-famous family occupy a category all their own. They are the exception, not the rule.

Shaquille O’Neal is many things, but a Kardashian he is not.