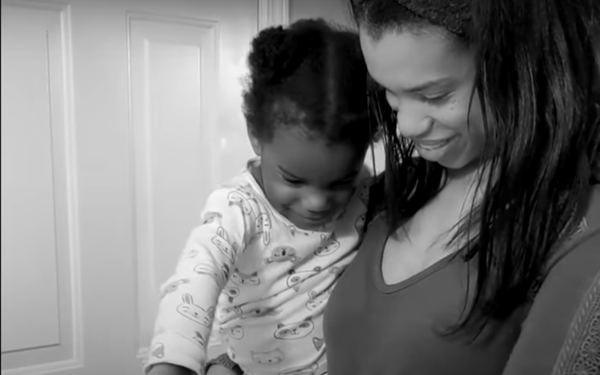 Carter’s, one of the biggest brands in baby clothes, knows from customer insights that America’s moms and dads are struggling with explaining COVID-19 to little kids. So it decided to create its own nursery rhyme to solve the problem, introducing it with a sweet black-and-white video.

As the reality of stay-at-home orders came through in mid-March, “we could see very quickly that parents needed some help with all the new hats they were wearing,” says Jeff Jenkins, executive vice president of global marketing.

So the company was able to sprint into stepped-up activity content on its social media channels to help keep children engaged. “But we wanted to help with the bigger issue, which is that little kids are having a hard time grasping the concept of why it’s so important to stay at home. It’s hard to talk about.”

The Atlanta-based company’s small in-house creative team started brainstorming about how to leverage a nursery rhyme into the right message. It invited all its employees to make a few videos of their children that weekend, asking them to capture the everyday moments and activities that are now filling their days. An employee’s daughter sang the voiceover.

Jenkins says capturing the right tone with the project, which encourages everyone to “Stay Home & Make Memories,” was essential. The goal was to capture the feel of home videos and the sweetness of spending more time with small children, even if it’s for difficult reasons.

“Many of our followers see our content at 3 a.m., scrolling during a nighttime feed,” he says. “We want to make them smile when they connect with our brand.” The decision to use black-and-white, he says, came from wanting to make the videos feel somewhat timeless, and even invoke a little nostalgia.

It’s already turned into one of brand's most-read pieces of content, he says, including No. 1 in email performance.

Jenkins says it’s also gratifying to see how quickly the in-house team could get it done. “We were editing by Monday, and had a rough cut by Tuesday,” he tells Marketing Daily. “I’ve never gone into production on a project in less than 24 hours. It was exciting for our team, too, which doesn’t usually work in longer-form video—they got to flex some different muscles, too. It’s an example of how, when you listen to customers, you know when something’s right.”

In addition to Carter’s, it also owns OshKosh B’gosh and Skip Hop, as well as Child of Mine, which is sold at Walmart; Just One You brand at Target; and Simple Joys,  available on Amazon.